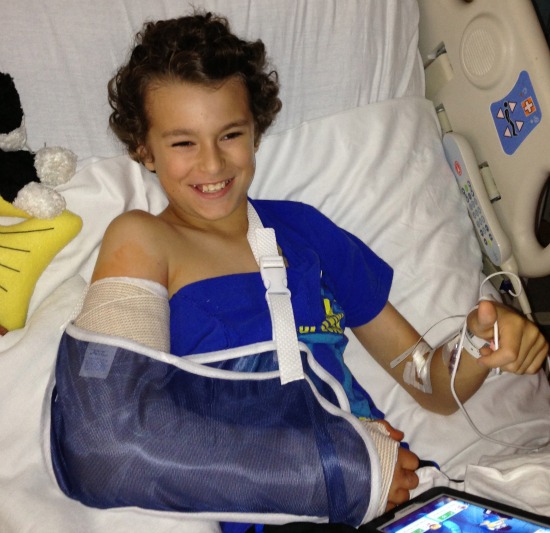 August 13th was my birthday. This year was not like most. I usually plan something fun to do and celebrate all weekend long. This year my husband changed jobs, vacations had to be postponed, and although I can’t explain it I was just tired. I have been planning my own birthday parties, stunts and events for years. This year I had hoped that someone else would take the reins and surprise me. Little did I know that it would be my 9-year-old son.

Here is a breakdown of the events as they occurred:

My day began as most and I wasn’t feeling the birthday love. I felt off. My husband and sister both convinced me that it was because I wasn’t doing anything death-defying. In the past my birthdays have consisted of sky diving, trapeze arts and hang gliding, so I agreed with them. This must be what it feels like to have a birthday for most people. Now, I’m not so sure. I think that somehow I just knew this birthday was going to be different, but not in a good way. My girlfriend stopped by with a fantastic bottle of champagne and we shared some small talk over coffee. I felt great, but that didn’t last for long. I couldn’t shake this sad feeling I had in my stomach all day. I fed the kids lunch and hoped that dinner out with the family that night would be better. Then in a second my entire life changed and I spent hours wishing I could turn back time.

My nine-year old Noah wanted to do some crafts. I told him I’d get the paints ready for him and his brother (7). He got very excited and began running only to trip and fall flat on his face on the kitchen tile. I rolled my eyes as he got up and then he let out an unearthly sound. I knew this could not be good. He kept walking straight until he reached the counter and I turned him around only to see that his arm was deformed. He had either broken it or it was dislocated. I thought I was going to vomit. I reached into the freezer for an ice pack and started to move him to the couch while screaming for his brother. Owen turned white when he saw his brother’s arm. I told him he needed to get dressed because we were going to the hospital, but I couldn’t stop shaking. I dialed 911 as I gave my son some Advil. In order to distract him I sent my younger boy to the porch to wait for the ambulance as I texted my husband. He was already on his way home for my birthday dinner. My son wailed. It was the longest 15 minutes of my life or so I thought.

The ambulance arrived, as well as my husband. Then I took my first of what would later turn into two ambulance rides. This adventure began at 4:15 P.M. when he fell and didn’t end until we finally got admitted to the second hospital at 5 A.M. the next day. Our local hospital was not equipped to care for his injury. He broke, fractured and dislocated the bones in his arm right above and including the elbow. He would most likely need surgery. My husband drove home to grab some things and my father-in-law picked up my other son. I rode in the ambulance to the Children’s Hospital with my son. I should have known things weren’t going to get better when the ambulance got lost. We finally arrived to the new ER at 10:36. I started to shake again, most likely because I hadn’t eaten since 1:00 and neither had my son.

The x-rays were missing from his chart and we had to run them again, because he had function in his fingers the doctor on call refused to come in. He said it wasn’t emergent enough and let the resident set his cast and pop his arm back into shape. We ran another x-ray and the doctor would evaluate if he did indeed need surgery, but it looked like he would. Then we learned that he still wouldn’t be scheduled for surgery that morning. He would be an “add-on” which I learned meant if they had time they would squeeze him in. Thank goodness for pain meds, as he drifted in and out of consciousness. We waited to be admitted to a room. My husband had been up over 24 hours at this point and wouldn’t be able to stay with us in the room. He left to go sleep in the car. It’s 3:30 A.M. at this point. I lay across two chairs and try to get some sleep. We are finally moved upstairs at 5 A.M.after I hear the nurse say, “We need to move them first. I need the chairs. (Seriously!) 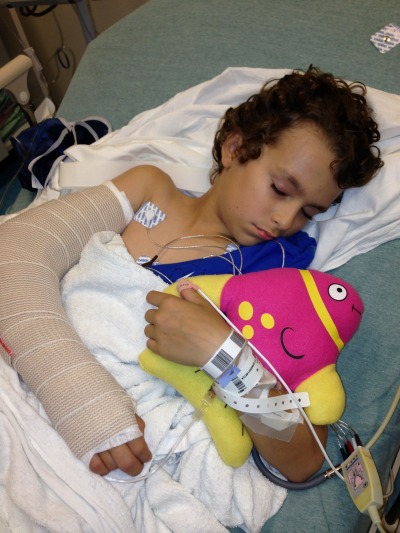 ER 2, after the cast was set

This was a nightmare. Basically not a soul knew anything, and the nurses were snotty and expected us to care for our child ourselves. I even had a nurse ask me why he had a bunch of wires still connected to his chest. ( As if I knew!) He was in pain and still hadn’t eaten and not one person could tell me when we would know. (She took his vitals with a bag of Doritos sitting on her tray-nice!) Thank goodness I had a friend tell me about calling for a patient advocate. She said they would get me answers. She was right! I later found out that our doctor had been in an accident himself and was in the hospital. They called in another surgeon that said he would take the case. We agreed on getting him food and scheduling the surgery for the next morning. As devastated as we all were to spend another night away, we knew it was the best thing. Don’t even get me started on the food! We ended up getting take out because my son knows enough, even on morphine, that french fries are not a vegetable and apple juice doesn’t count as fruit. 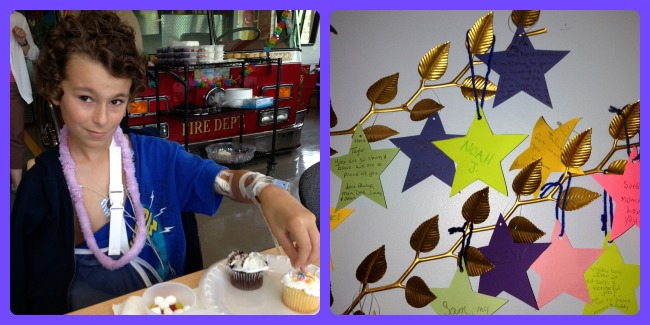 Hospital activities and the Treasure Tree

The surgical staff-LOVED THEM. They were kind and I was able to stay with him until they put him to sleep. We were there when he woke up. The surgery went well, as they only needed to push the pins in from the outside. The Ortho that put him in a cast had set his arm perfectly and they didn’t need to open him up. After more french fries that he wouldn’t eat for lunch, the wait began for discharge and the snotty ass nurses didn’t disappoint. They were as rude as ever, even laughing at me when I asked how soon we could leave. Even more rude when I told them that he seemed warm and they took his temperature and exclaimed, “Well, it’s 101 that’s not a real fever.” I had to follow her to find out if he was going to get any medicine or not. I could hear him crying in the room.

After every wire was removed and papers were signed we wanted out. Noah sat on the bed dressed and ready to go crying. My husband asked for a wheelchair and once again was met with a giggle and a “That will probably take like 20 or more minutes.” He took our things to the car and returned with a wheelchair he had stolen from the parking lot. My hero! After over an hour and 30 minutes in traffic we returned home to find Owen waiting for us with Uncle Bobby. We were a family together again.

After a week in pain, he’s up and around acting like a normal 9-year-old. He does get very tired because the cast is large and heavy. He also gets bored. I’m thankful that the depression didn’t last too long because he was so upset about everything. About people not coming to see him (at first), ruining my birthday (I can’t believe this even bothered him), and the fact that he truly believed for a while that he was going to lose his arm. After our follow-up visit, during which we got lost and Owen got car sick in the new car, we found out he’s healing perfectly. For me the healing is just beginning because something inside of me has not been right since the accident. I’ve been having a hard time writing and things I found important just aren’t anymore. As for Noah, he goes back to the doctor on Sept 19th to get the pins removed and be placed into a smaller cast. Then we’ll have physical therapy waiting for us once the cast is removed.

I just want to thank everyone for the gifts, messages, letters and cards. I’m sorry I’ve been lousy at getting back to people, but with school starting and work it’s been tough. Thank you for your patience and kind words. They have meant a lot to us. He’s on his way. 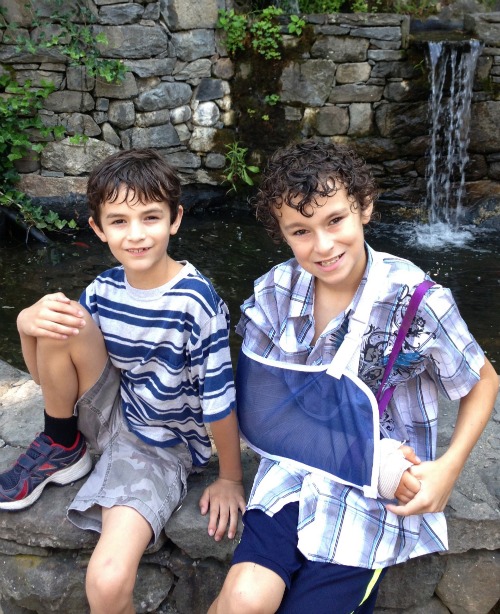