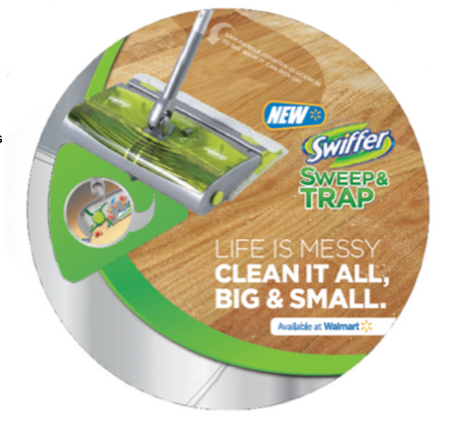 * This is a sponsored post on behalf of Swiffer and SheSpeaks. All thoughts belong to me.*

The latest product from Swiffer is the the Swiffer Sweep & Trap. It is making it’s debut at Walmart this week. I got to give it a spin before it hit the shelves. The Swiffer Sweep & Trap uses a set of rotating blades to pick up large particles and then whisks them into a dirt bin. It also has a Swiffer dry cloth to trap dirt, dust and hair. Things that a broom can sometimes leave behind. It uses the same dry cloths as the Swiffer Sweeper. It’s made to be able to clean up small and big messes at the same time. It also uses no batteries, so it’s just as easy to use as a broom, only better. Let’s see how it worked for me! 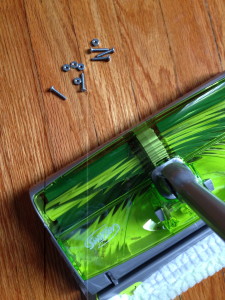 I was also sent a couple of packages of “messes” to help me test my Swiffer Sweep & Trap. I tried the screws first. Surprisingly enough it scooped them right up except for one nut that I chased around a bit before the Swiffer finally got it. Not bad, but I don’t foresee me dropping a bunch of screws on the ground and not picking them up with my hands. The next mess I was supplied was more likely to happen. 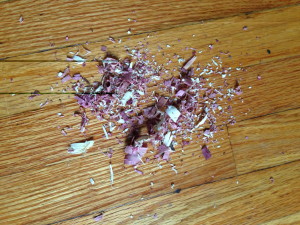 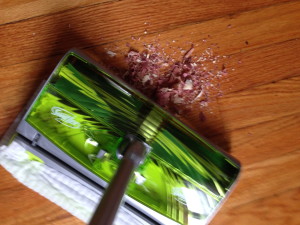 Not as successful as the screws at cleaning this messy pile of sawdust. The product worked well with the larger pieces, but I had to run it over the smaller pieces several times and it still left some behind. I also learned that you can’t pull it back and forth. Pushing it forward works best, when you pull back some debris falls out. 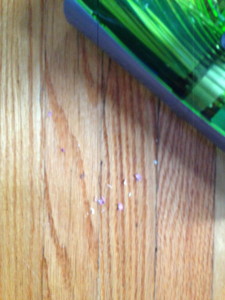 A vacuum would work better on a mess such as this one. The dry cloth it suppose to take care of the smaller particles and it did, but it still left some of this mess behind. 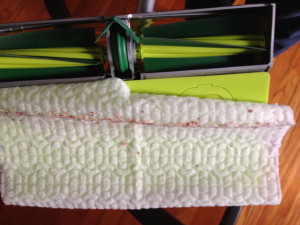 The Swiffer dry cloth also starting pulling off my Sweep & Trap. The directions say not to use the product without the dry cloth. It is meant to be used on dry hard floors. 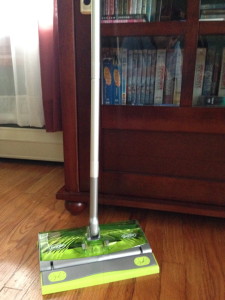 Personally, I was not impressed. I don’t see it replacing any products that I already own. I think the Sweep & Trap would work well in an office setting, small apartment or school room to clean up messes quickly. It’s lightweight and easy for a child push if you have a little helper! The trap does need to be cleaned after each use and is easy to open and dump. It’s also compact and easy to store.