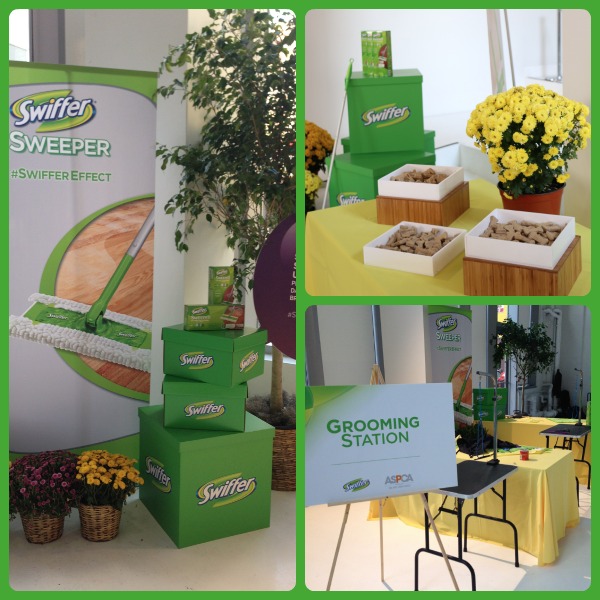 On October 21,2014 I had the pleasure of celebrating with Swiffer, the ASPCA and “Modern Family” actress Sarah Hyland. Hyland was in New York with her dog Barkley Bixby and with the help of Swiffer donated a Big Green Box of products to the ASPCA Adoption Center in New York. Swiffer® is supporting the ASPCA® (The American Society for the Prevention of Cruelty to Animals®) in a year-long effort to help find homes for animals in need and help make the challenges of cleaning up after a pet less of a concern after adoption. In a survey cleaning up after a pet was a real concern to about fifty percent of Americans. To aid in helping these pets find fur-ever homes Swiffer gifted almost 5,000 adopters with a coupon for a new Swiffer Sweeper. 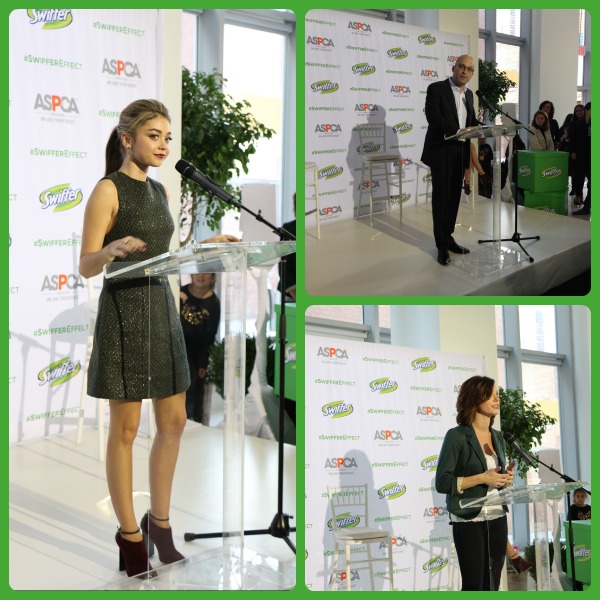 This event was to celebrate all the lives saved when the ASPCA sponsored a Mega Match-a-thon adoption weekend at shelters nationwide on October 17-19. The popular Swiffer Effect campaign continued as each of the participating shelters received one of the brand’s Big Green Boxes full of its cleaning tools. At the pet appreciation party we had a chance to hear from representatives from Swiffer, the ASPCA, and Sarah Hyland’s personal Swiffer Effect story with her dog by her side as well as several other adoptable pets.

“We’re thrilled to have Swiffer backing our efforts to save and protect millions of homeless dogs and cats,” said Matt Bershadker, ASPCA President and CEO. “With their support of adoption programs such as Mega Match-a-thon, more people will open their hearts and homes to animals in need.” 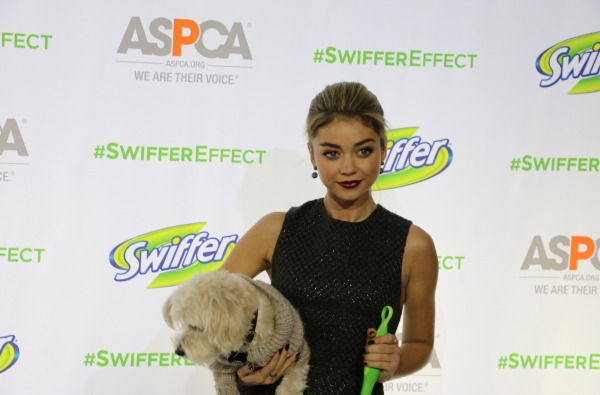 “I love being a mom to my dog Barkley Bixby and can’t imagine life without him,” said actress Sarah Hyland. “In fact, I have a little habit of sometimes grooming him myself which causes a hairy mess on my floor. Like most people, I really hate dog hair tumbleweeds so I use my Swiffer Sweeper all the time – it’s quick and easy so I can spend more time playing with Barkley on the floor versus cleaning them!” 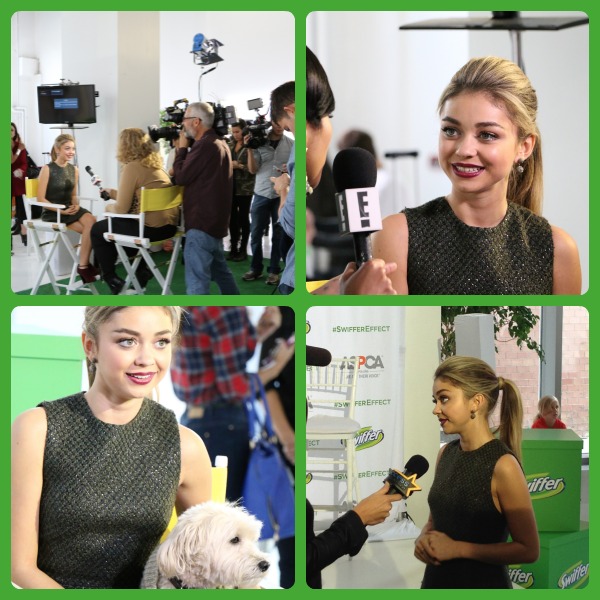 Sarah spent most of her time being interviewed about her efforts to help the ASPCA with Swiffer. Pets at the event were treated with a grooming station and treats. Pet owners delighted in a Tuscan style spread and dessert station. I got to take my own “Green Bag” home to help me clean up after my beautiful long haired cat Ritzy. Visit Swiffer on Twitter for a chance to win your Green Box!

For more information on Swiffer’s support of the ASPCA, additional pet tips and to learn more about the Swiffer family of products, visit www.swiffer.com, www.aspca.org/rescue/swiffer, www.facebook.com/swiffer,

Founded in 1866, the ASPCA® (The American Society for the Prevention of Cruelty to Animals®) is the first animal welfare organization in North America and serves as the nation’s leading voice for animals. More than two million supporters strong, the ASPCA’s mission is to provide effective means for the prevention of cruelty to animals throughout the United States. As a 501(c)(3) not-for-profit corporation, the ASPCA is a national leader in the areas of anti-cruelty, community outreach and animal health services. For more information, please visit www.ASPCA.org, and be sure to follow the ASPCA on Facebook, Twitter, and Pinterest.

Disclosure: I received products and perks while attending this event. No other compensation was received. All thoughts are my own.