“Thanks to The New Victory Theater for having Be Your Best Mom contributing writer Marcia Kellogg and her son to Sunday’s performance. All opinions are her own.”

This Sunday, C and I took a little day trip into the city to see “Catch Me!” (“Attrape-moi”), a new circus arts performance by troupe Flip FabriQue.  Jade, Jay (Jeremie), Frank, Bruno, Christophe, and Hugo hail from Quebec City, and have worked around the world with Cirque du Soleil, Cirque Eloize, and more.  In bringing “Catch Me!” to the New Victory  Theater on 42nd Street, the group shares the true story of their friendship via trampolines, juggling, aerialist hoops and straps, and….sleeping bags.  Before the curtain went up, C and I checked out the lower level where we practiced juggling and had some fun with the New Victory teaching artists. 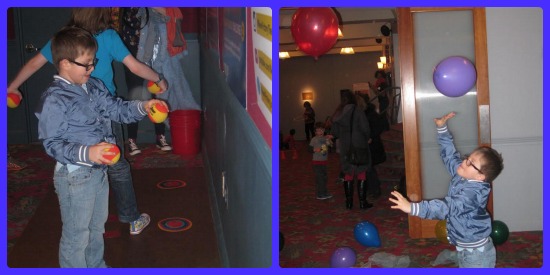 This show is just fantastic!  Flip FabriQue is exciting, funny, and heartwarming in their performance, from beginning to end.  If gymnast mimes and beat-boxing circus clowns had children, this is what they would  look like.  The whole audience was gasping, cheering, and giggling as the troupe “told” their story through 13 acts.  C loved the whole troupe’s chaotic act on the trampoline wall, which I also thought was amazing!  He thought Frank’s yo-yo skills were pretty incredible as well. My favorite act was one of the more touching points of the show, with Hugo on the aerial straps.  It’s a beautiful scene of strength and friendship.  Each troupe member brought his or her unique talents together to make this 75-minute performance exceptionally memorable for us.  I highly recommend this show for any family, especially those with school-aged children.  It’s a limited engagement, so catch it while you can! 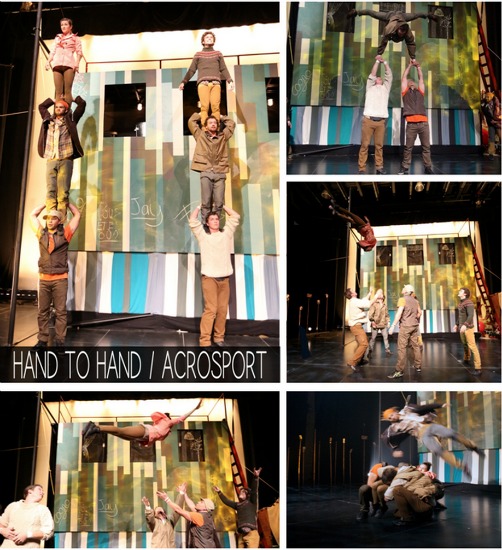 CATCH ME! (Attrape-moi) has a running time of 75 minutes with no intermission, and is recommended for everyone ages 5 and up. General Ticket Information Tickets for CATCH ME! (ATTRAPE-MOI) at The New Victory Theater (209 West 42nd Street) are $10, $13, $18 or $25 for Members based on seat locations, with full price tickets starting at $15. Theatergoers who buy tickets for three or more NEW VICTORY shows qualify for free Membership, with benefits including up to 35-percent savings on tickets all season long, invitations to special events and unlimited free ticket exchanges. Purchase tickets online or by phone at 646-223-3010. The NEW VICTORY box office (209 West 42nd Street) is open Sunday and Monday from 11am-5pm and Tuesday through Saturday from 12pm-7pm. For more information, visit the NEW VICTORY website. 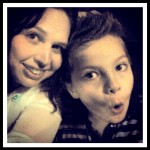