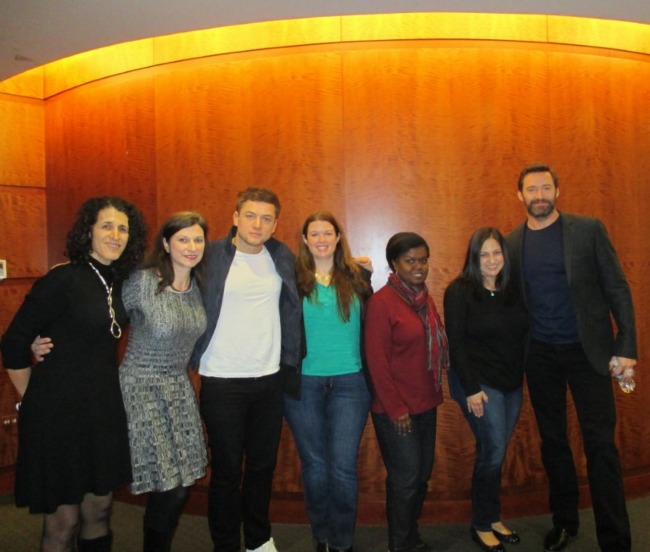 A few fellow writers and myself had a chance to talk to Eddie the Eagle stars Hugh Jackman and Taron Egerton after a viewing of the film. Eddie the Eagle arrives in theaters February 26, 2016. 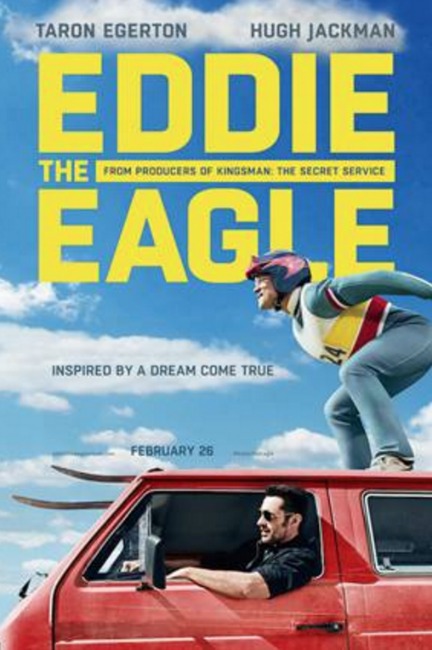 About Eddie the Eagle:

Inspired by true events, EDDIE THE EAGLE is a feel-good story about Michael “Eddie” Edwards (Taron Egerton), an unlikely but courageous British ski-jumper who never stopped believing in himself – even as an entire nation was counting him out. With the help of a rebellious and charismatic coach (played by Hugh Jackman), Eddie takes on the establishment and wins the hearts of sports fans around the world by making an improbable and historic showing at the 1988 Calgary Winter Olympics. From some of the producers of Kingsman: The Secret Service, Eddie the Eagle stars Taron Egerton as Eddie, the loveable underdog with a never say die attitude.

Take a peek at Eddie the Eagle: 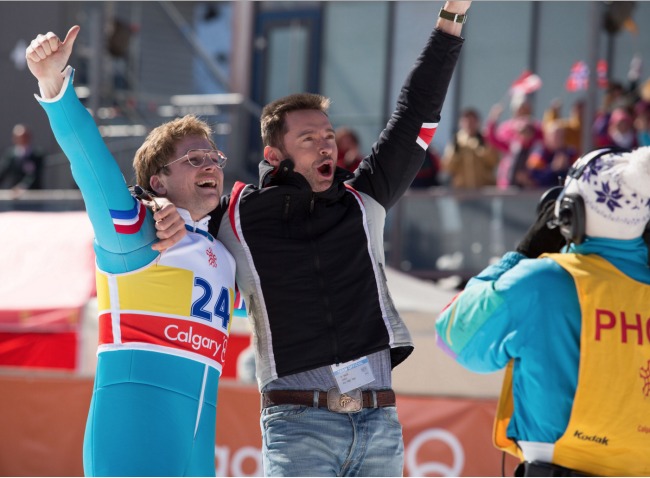 After screening the film actors Hugh Jackman and Taron Egerton joined us for a Q & A at the Fox screening room in NYC. The theater was dimly lit with lead to few jokes amongst the actors and writers. This is how Hugh Jackman began talking about Eddie The Eagle:

Mr. Hugh Jackman: “When I first saw the movie, I saw it with a bunch of friends. And one of their mum’s came out, actually, and just said, “Every parent should take their kids to see this, because it, it just goes to show you don’t have to win to be a winner.” It’s like there’s so much pressure on kids these days to be LeBron James or to be at the top, you know?

And it can kind of create this pressure sometimes that is not necessary for kids. And so anyway. That’s what I loved about it. I took my kids to see it. They really love it. But you’re right. You end up pulling for him so much, because he’s such an every man, you know?”

Personally, that’s what I love about this story. Eddie the Eagle is not only based on actual events, but it reminds people you don’t always have to win to be a hero. I can’t wait to take my boys to see this movie this weekend. I’m telling all of my friends to go and see it too! Eddie is determined to participate in the Olympics someday. It was always his dream. So I asked the actors if acting had always been their dream. It was not! 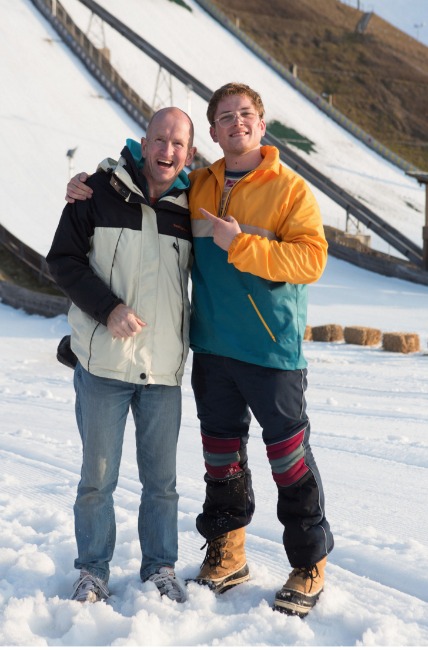 Mr. Taron Egerton: No. I think I came to it when I was about 15. Before that, I’m a huge, huge fan of animation. Specifically, children’s films. I love children’s animated films, like I own everything Pixar, I have everything on disc. And that was kind of what I wanted to do before I started acting. I always used to draw and make little sculptures.

Mr. Hugh Jackman: I just always did it. Never really thought of it as a job, I suppose, or a profession. It wasn’t until I was about 22 that I actually thought, “I really want to study this full-time.” And I discovered, rediscovered acting, I suppose, while I was doing a degree in Australia where I was majoring in journalism. And I actually thought I was going to travel the world, be a radio journalist. I really loved radio.

And, and then in the last semester, I needed to make up two units out of 24 and the only thing I could see that I was interested in that wouldn’t take up any time was acting, an acting class. Drama, it was called. It wasn’t even acting. It was like the theory of theatre and drama. And for the first time in the history of the course, the teacher decided to do a play.

And I’m literally like head down in the class. And he was like so left-wing. He was actually a Trotskyist so we did this kind of Vaclav Havel absurdist play called the Memorandum. You know, it’s a communist-era play, and he cast it by drawing a line between the class list and the cast, which was in order of appearance. Like this. Lead part.

And I begged him. I said, “Man, no, no, you don’t understand. I’m graduating. I’ve got to do my thesis and,” and he goes, “Sorry, man. This is the way it is. Are you going to leave the class?” “I can’t leave the class. This is only the fourth class.” And I’d only turned up a few times.

Mr. Taron Egerton: He cast it by drawing lines from one list to the other?

Mr. Hugh Jackman: Yes. And I then spent probably 80 percent of my time on that play. And that’s when I work up to, like, hang on a second. I much prefer doing this. And so I thought, I’m just going to do it for a year while I’m working out what I wanted to do. And 20 years later, here I am.

Milena Barrett: There you have it. 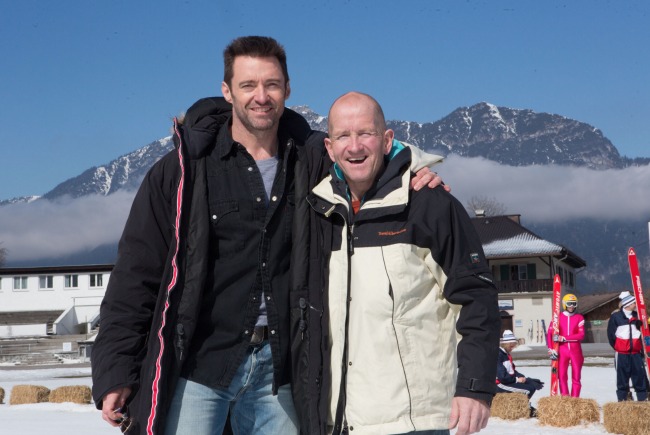 Eddie Edwards AKA Eddie the Eagle spent some time on the set with cast. He’s actually still ski jumping to this day! When the movie was complete Eddie screened the film with the cast and loved it. They mentioned that they would be catching up with him this week while promoting the film. Both actors said that they have truly learned to appreciate the sport of ski jumping and Taron Egerton actually learned to ski for the first time in his life! Christopher Walken plays a small role in this movie and both Jackman and Egerton admitted to “giggling like teenage fans” when he came on the set. They spoke very highly of him. I guess that’s why he is a legend!

Will you be seeing Eddie the Eagle? What appeals to you most about this film?

Disclosure: I attended this interview courtesy of 20th Century Fox. All opinions belong to me.