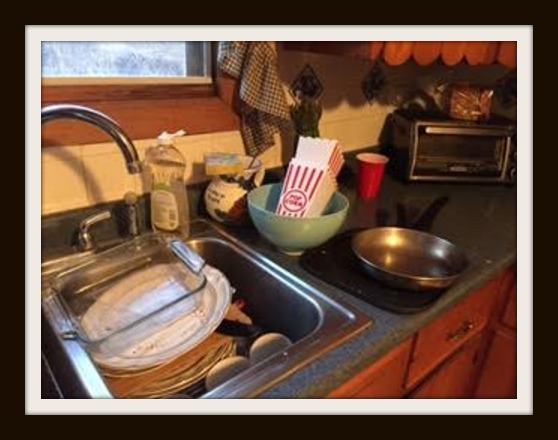 I feel as if I’ve been getting hit with a lot of life lessons lately. Maybe it’s just that I’m paying more attention to the moment. I can’t tell. Last week was tough. It was just a series of little blips on my radar screen and I felt like I kept getting knocked down every time I stood back up. The picture above sums up how the week felt: dirty and messy. On the plus side it was my little guys birthday and that was awesome! I’ve been trying to find the silver lining in every day. Truth be told, there is one in just about every situation if you just look hard enough. Well, here we go….

This week I learned that:

10. people have “moments” every day, but sometimes they get overlooked. ( A child’s smile, a sunny day, an unexpected kindness from a stranger, don’t miss recognizing these moments.)

9. usually when someone appears too perfect they are actually trying to hide something. ( This has been confirmed to me over and over again. Once again don’t be fooled by someones Facebook updates or even photos, you’d be surprised by what’s on the other side. Keep your chin up and remember your grass is just as green as anyones!)

8. there is always a little bit of truth in every rumor. ( You’ll never know how much until you ask and even then you open yourself up to hearing another lie.)

7. the more you succeed the more criticism you open yourself up to receiving. ( I think this could be the main reason many people don’t push forward. They don’t want the bad with the good. It’s hard. I know I don’t like to be told what I’m doing wrong or how to do things better, but I do my best to handle it.)

6. there will never be “enough” time. ( Yes, we all know it, but we still keep looking for that extra hour. Pick your priorities, take care of yourself and the rest will fall into place. Basic life lessons here!)

5. my little guy’s will is unbreakable. I wish I was more like him. ( He gave up candy for Lent and when the waitress gave him a piece he forgot and started to eat it. Then he almost cried when he thought about what he did. We had to talk him down off the ledge. I think most kids would have finished it, but not him. He spit it out. He stands behind his promises.)

4. sometimes you just have to give people a second chance. Maybe even a third one. ( Sure, I’ve been burned before, but I still believe in second chances. I don’t think anyone is perfect and we shouldn’t just write people off because they made a mistake.)

3. I need to just ask people to do things instead of being disappointed when they don’t. ( This works in all areas of life. Ask for help. Ask for someone to wash the dishes!)

2.even if you have a lot in common with somebody that doesn’t mean that they might want to be your friend, or you theirs for that matter. ( It’s too bad we could have had a lot of fun together, but you saved me the trouble of having to pull that knife out of my back again. So, thanks!)

1. I admire people who can make a mistake and then own up to it. ( It takes a big person to own up and take responsibility for their mistakes. It also takes honesty. That’s the person I want on my side. This was one of the biggest life lessons I learned this week. I’m also glad that I gave someone a second chance. I guess I’m growing up too!)

Do you give people a second chance?