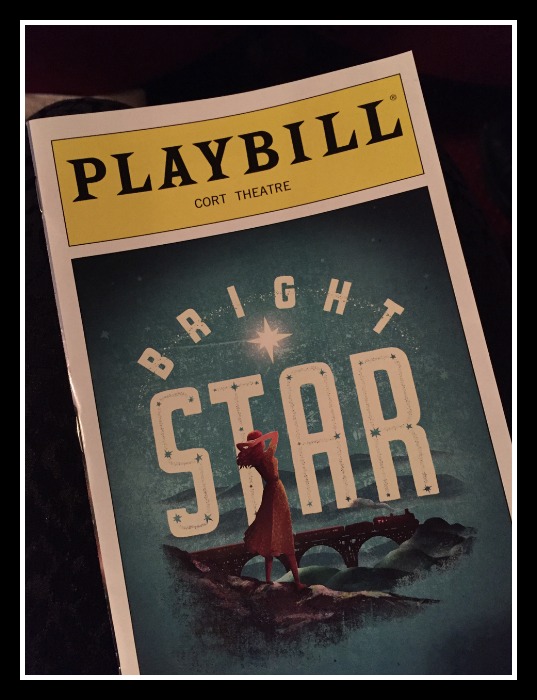 When I first heard of Bright Star, Broadway’s latest musical, I didn’t know what to think about it. The collaboration between Edie Brickell and Steve Martin on Broadway fascinated me. When I arrived at the theater I wasn’t impressed by the stage set before me, that is until the show began. The music, the lyrics and the brilliant talent of the cast made me feel as if I was in the deep South. The props were perfect. I was also dazzled by the choreography of the players changing the props. They carefully had to dance between prop changes and every move appeared flawless.

BRIGHT STAR, a new musical about the stories we tell… and the ones we don’t. Grammy® winner Steve Martin  brings us the music, book, and story. Grammy® winner Edie Brickell contributes music, lyrics, and story to this production. Bright Star is directed by  Tony® winner Walter Bobbie and inspired by a real event. The tale is set in North Carolina during 1923 and somewhere between 1945-1946. The two main characters Billy Cane and Alice Murphy each set out on a journey that will change both of their lives. When a young soldier returns from World War II and sets out to make his dreams of becoming a published writer come true he then meets a literary agent  named Alice Murphy. Their connection leads to a life changing transformation for each of them.

The story unfolds in beautiful lyrics, deep emotions and powerful melodies. Honestly, I would  have never said that I’m a fan of banjo music, but seeing this show has changed my mind. The power and precision of the musicians on stage add to the country feel of the production. Do I dare say I cried? Yes, I did. Maybe even more than once. I wasn’t the only one. Bright Star is full of hope.

Carmen Cusack as Alice Murphy is amazing. She play the character from a teen to a grown woman and sings with the enthusiasm of youth and the maturity of a woman who has been through so much. Paul Alexander Nolan plays her love interest, Jimmy Ray Dobbs. I had seen him last year in Dr. Zhivago on Broadway. He is brilliant in this role of a rich southern boy/man. A.J. Shively shines as Billy Cane, the young solider in search of his dream to become a published writer. 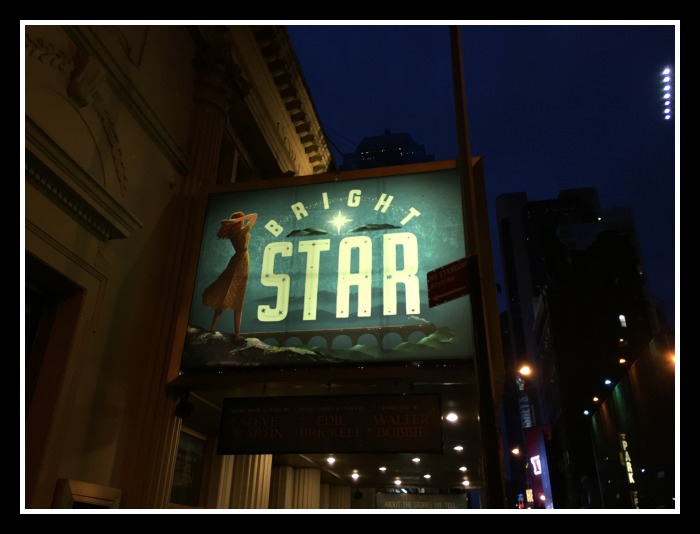 BSBLOG303
Tickets as low as $39 for performances thru June 12, 2016
http://brightstarmusical.com
Disclosure: I attended this show as press. All thoughts belong to me.