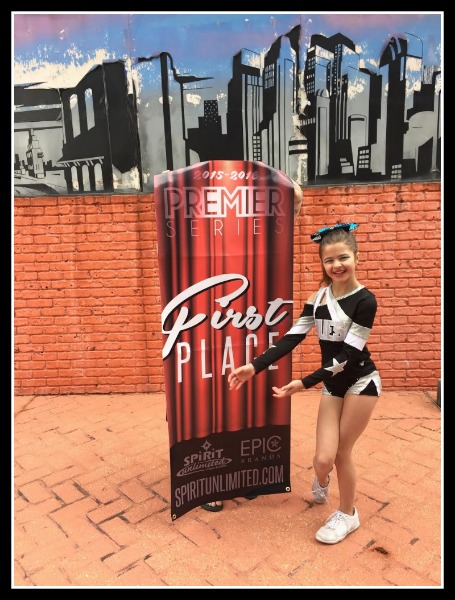 * Be Your Best Mom is hosting guest blogger and freelance writer Jill Valentino today. Here are her thoughts on being a cheer mom!*

When I was a 14-year-old ninth grader, I somehow thought that trying out for my junior high modified cheerleading squad was a good idea for me. I honestly don’t know what I was thinking; my personality has never once screamed (nor whispered) “cheerleader.” Nonetheless, I put 110% into learning the routines, even practicing at home on a daily basis. Come tryout time, I was pretty confident that I would make the team.

The day the results were posted, I excitedly ran to the gym door before my first period class to check the team list. I was bursting at the seams with confidence as well as anticipation.

My eyes went down the list once. Twice. Three times. Where was my name?
It took a moment before the reality hit me.
I didn’t make the team.
Not even as an alternate.

Bewildered, I needed a few minutes to let the truth marinate in my adolescent mind as I walked back down the hall. During that time, I was able to deduce that I was but one of only three girls cut from the team, which didn’t help me feel better in the least. After accepting the realization that all my hard work had not, did not, and would not lead to my desired result of being a part of the squad, I did what any self-respecting, dignified 14-year-old would have done in this type of situation.

I burst into tears in Global Studies.

Indeed, it was not my finest hour.

Fast forwarding almost exactly 20 years later, of course my then-6-year-old daughter S* would bring home a cheerleading camp flier from school and hand it to me, with a big smile, asking me if she could please go. I responded by looking at her in disbelief, saying, “really?”

To my dismay (which I hid from S, of course), she absolutely loved cheer camp. Due to her camp experience, S then expressed interest in trying out for the year-round cheer team. However, since we had already financially committed to dance classes for the year, I was secretly thrilled to be able to use that as an excuse for not looking into cheer any further, and I hoped that would be the end of it. Unfortunately for me, however, my daughter is not the least bit forgetful when it comes to something she wants. At the end of her first grade-year, she cleverly went to my husband and asked if she could please try out for all-star cheerleading before committing to yet another year of dance classes. Even though my husband knew how much I disliked the idea of cheer, he took S to tryouts anyway, due to her intense interest in learning more about the program, as well as the fact that she was starting to get a bit bored with dance classes anyway.

So, S tried out. She was also elated when she found out that she made the Mini Level 1 All-Star Team. At first, I was kind of aggravated that my husband took her to try out without discussing it with me first, but I eventually put those feelings aside and let it go (though I secretly hoped that she would decide that she hated cheer and quit before the year was through.)

And on that day, Reluctant Cheer Mom was born.

I’ll admit that at first, every single cheer team parent expectation made me angry. The uniform was too expensive! They want me to drive how many miles away for a competition? I have to wake up at 5 am and flat iron hair? S needs “special” shoes that cost what? I HAVE TO PUT EYE MAKEUP ON MY PRECIOUS LITTLE GIRL?

Along with my frustration for the cheer requirements, a good portion of my disdain was directed toward the other cheer moms as well. I assumed that all of the team cheer moms were stereotypically “cliquey”, and I was, admittedly, not exactly overly friendly to them at first. In fact, at S’ first few competitions, I wouldn’t even sit in the same bleachers as the Mini moms. Because “I” was NOT a follower. “I” was not one of THEM. “They” weren’t nice.

However, as the season progressed, my bad attitude began to fade, as did the stereotypical image I had of my fellow cheer moms being unpleasant, unwelcoming people. Of course there were one or two moms that I ended up not meshing with, but I’d be faced with those odds in any mom group. When I couldn’t figure out how to style S’ hair in a “poof” for a competition, I sent a frantic group e-mail to every cheer mom in the organization, and within 5 minutes I had two moms offering to do her hair for me at the competition venue. Another time, when one of the other moms saw my huge pregnant-at-the-time self struggling to squat down and put on S’ eye makeup, she told me to go rest and offered to do my daughter’s makeup for me. For her first three years in cheer, S was lucky enough to have a fabulous coach who was talented, caring, and had a wonderful connection with the girls on the team, always encouraging them no matter how the team scored at a competition, and never letting my ultrasensitive daughter feel badly if she slipped during a stunt or messed up her back walkover during a scored performance. Eventually, I learned that most of the people involved in cheerleading were decent people, and in time, both S and I ended up making some pretty good friends from the experience!

As S enters her fourth year of all-star cheer with no intention of stopping anytime soon, I am happy to report that I have gotten over just about all of my initial prejudices regarding having a daughter enrolled in all-star cheerleading. I am now acutely aware that I had been stereotyping everything related to the one activity my daughter loved, and eventually, I had to admit the real truth to myself- my horrible attitude was a result of my own issues involving an incident that happened over 20 years ago. How incredibly sad for me! But also how incredibly fortunate that I was able to adjust my attitude, find acceptance, and now, even enjoy my daughter’s choice of extra-curricular activity as well.

This year, S, at age 10, is about to begin her fourth year cheering, with no signs of stopping anytime soon. And I am almost as excited as she! We have switched to a new, bigger gym, where she has been placed on the Senior Level 2 team as one of its youngest members. Even her toddler sister has started tumbling classes! S continues to love to cheer- it is one of her passions, of which I am now 100% supportive. I understand and accept that my only role as “Cheer Mom” is to be her cheerleader, with no more of my own junior high ancient history woes getting in the way. Because- duh, it’s not about me. 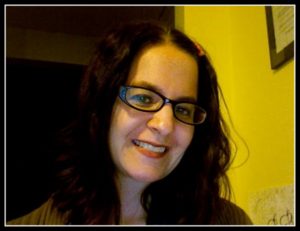 Jill Valentino is a freelance writer, aspiring author, and working mom of two sassy ladies aged 10 and 2. When not sleeping, parenting, wife-ing, or educating the future of tomorrow, she likes to blog about kids, music, and life at doublesmom77.com. Jill has contributed to Good Housekeeping, Redbook, Country Living, House Beautiful, Elle Décor, and Woman’s Day Magazines. Follow her on twitter at twitter.com/doublesmom77, or at Tumblr at doublesmom77.tumblr.com.