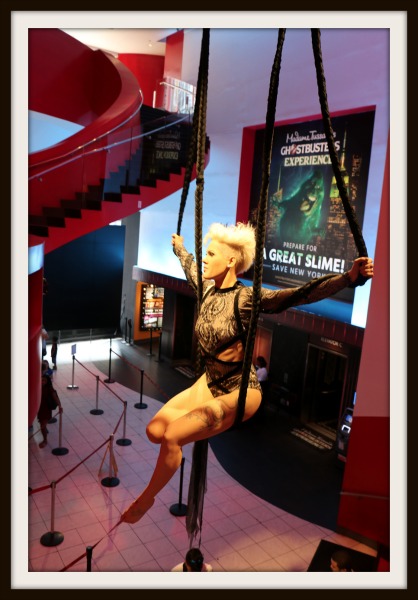 My boys and I recently visited  Madame Tussauds NY  to check out the Ghostbusters Experience! As a New Yorker I have never been to Madame Tussauds, I have always wondered about it, but passed by in a hurry. I was truly missing this gem in my own city! 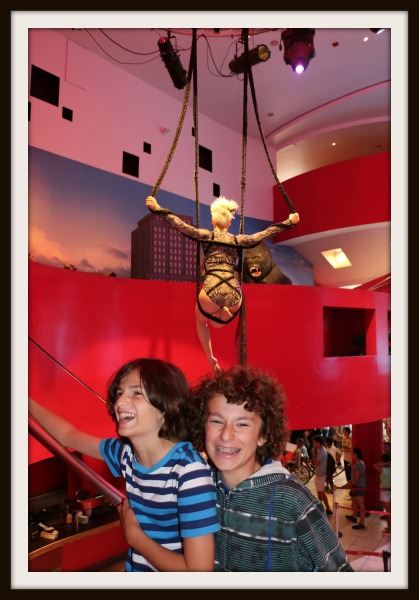 As soon as we began the tour we couldn’t stop laughing, we had such a great time. Don’t let the crowd outside or the ticket lines fool you, we had plenty of space and time once we began. An elevator takes you to the top floor where you’ll begin your self guided tour and then you make your way down. 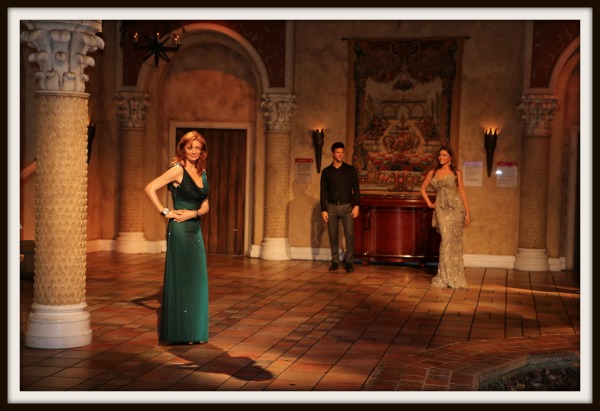 We were in awe at the size of this building. I couldn’t believe how large the rooms were on each floor. They also have drinks and food available for purchase! You could have a cocktail with your favorite celebrities! 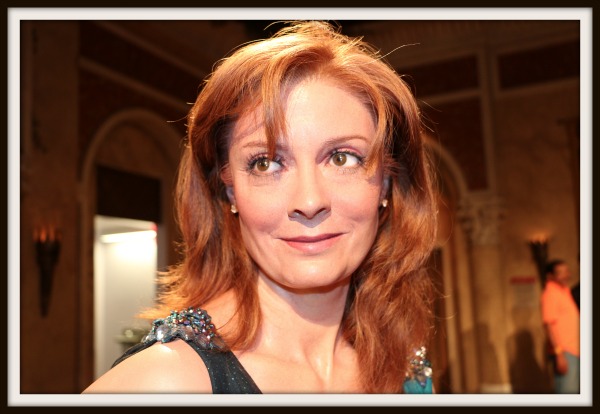 The details on some of these figures are amazing. I actually bumped into one and the excused myself. We also had the experience of a couple of the workers playing as if they were wax trying to spook us! It was hysterical! 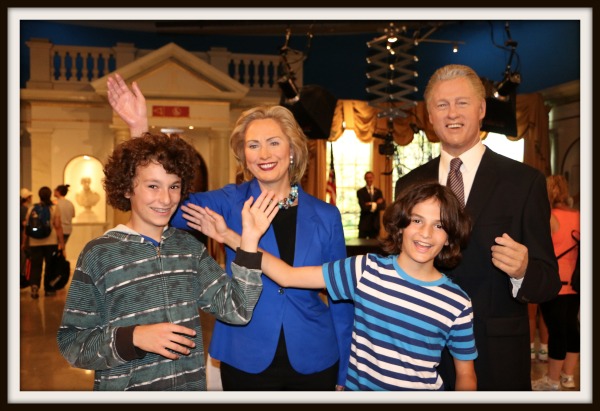 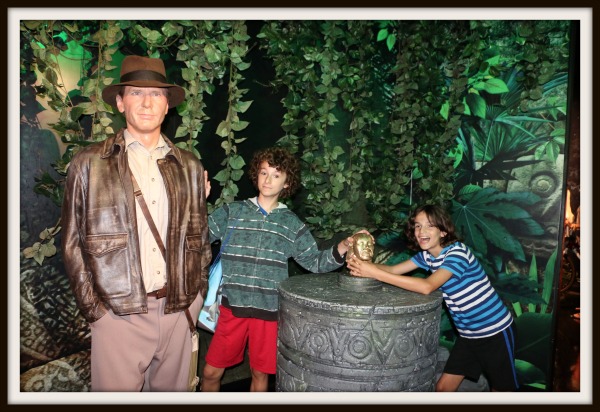 We didn’t feel rushed to take photos at all. There is so much room that people have enough room to move through and get the shots they want. There is also a Marvel 4D Experience. It has some surprises that I won’t give away! Now, I wanted to take these elevators, but there seemed to be a problem! The Ghostbusters Experience was awesome! When you first come face to face with Slimer you know you are in it!  Visitors to Madame Tussauds New York start their Ghostbusters journey in a haunted New York City subway station. 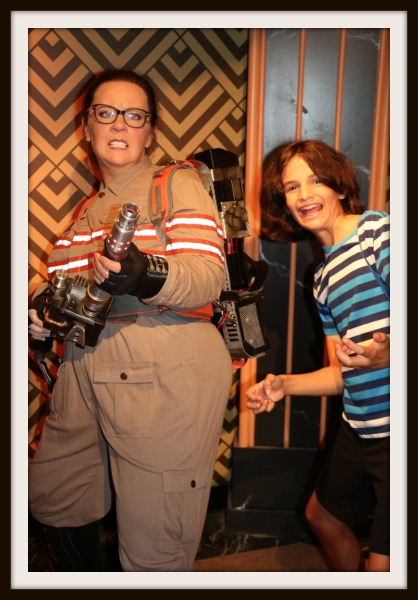 ABOUT “GHOSTBUSTERS”
Ghostbusters makes its long-awaited return, rebooted with a cast of hilarious new characters. Thirty years after the beloved original franchise took the world by storm, director Paul Feig brings his fresh take to the supernatural comedy, joined by some of the funniest actors working today – Melissa McCarthy, Kristen Wiig, Kate McKinnon, Leslie Jones, and Chris Hemsworth. This summer, they’re here to save the world! The film is produced by Ivan Reitman and Amy Pascal, and written by Katie Dippold & Paul Feig, based on the 1984 film “Ghostbusters,” an Ivan Reitman film, written by Dan Aykroyd and Harold Ramis.

My Thoughts: This is a blast for locals and tourists alike. This is certainly a fun family friendly adventure that you won’t regret! So grab your selfie sticks and say cheese!

My Readers Save 15% Off Admission to Madame Tussauds in New York! – Valid for up to 8 people.

Disclosure: As a US Family Guide Blogger I received free tickets in exchange for a review. All thoughts belong to me.