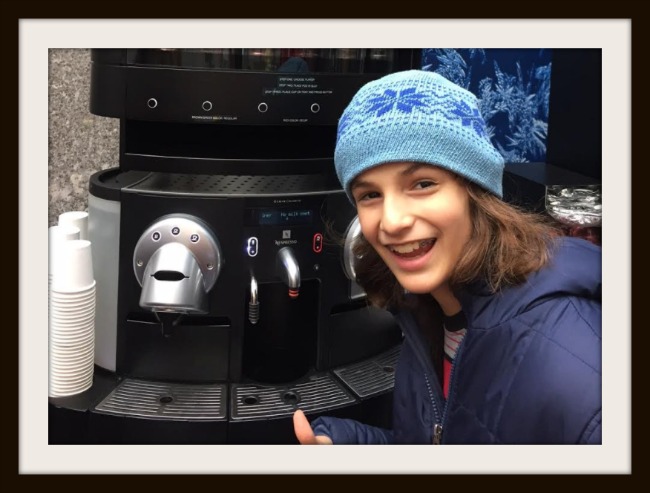 10 seems to be a huge breakthrough age over at my home. I think it has something to do with hormones, but that’s just my guess. It’s been an emotional time for my son and thinking back to when my other son turned ten it was for him as well. I had another post for you this week, but this kid blew me away last night in a matter of minutes with his insight and observations of the world around him. He’s always been one to observe and he’s always been sensitive to others feelings. These thoughts from him kind of sum that all up.

Things I Learned from a 10 Year-Old:

10. When in doubt blame it all on the Illuminati. ( We recently had some awkward interactions with a few people and I had joked with my family that there must be some sort of secret society in town that we aren’t part of, like the Illuminati. Instead of feeling left out my kids got a kick out it and now refer to any situations where they are feeling left out as , “They must be part of the Illuminati.” No hard feelings!)

9. Fun day or free day or whatever it’s called when the kids can sit wherever they want to in the cafeteria sucks. (My son usually sits in the middle of the two adjoining tables. He calls it the butt crack. I told him I feel like I’m the butt crack sometimes with other parents! LOL!)

7. Some boys believe that girls have cooties. ( I thought cooties was a girl to boy thing, but I might have forgotten. It’s been so long since I was exposed to the cooties.)

6. They must break up teams by girls vs boys because the gym teacher is too lazy to count and equally divide the teams. (LOL! )

5. Separating boys and girls is just stupid. (Girls can do the same thing as boys and some even better. I don’t like any separation.)

4. Kids still use the word geek. ( I’m not sure where he was going with this, but it had something to do with superheros. I didn’t ask so I’m not sure.)

2. Girls will try to come and sit at the boys table only if they are dared.

1. Being yourself and living in the middle is hard. ( Boy, don’t I know it! Life is hard when you are neither a leader or follower. It can be lonely to be true to yourself and to what you believe in when the majority seem to like the same things. Sometimes it makes you think that there is something wrong with you, but if you surround yourself with the right people that’s all you really need.)

Boy, do I love this kid! When I think I have it all wrong all I need to do is sit down and talk to my boys. Those are the moments when I know that I must be doing something right.

Remember the cooties? What piece of this do you connect with?