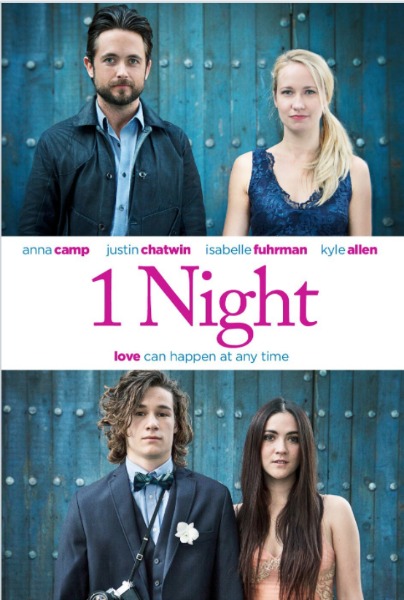 My husband and I just spent last weekend watching 1 Night. I fell in love with it. Here is the scoop!

Thirty-something Elizabeth (Anna Camp) must decide whether to salvage her relationship with Drew (Justin Chatwin) after much personal disappointment. Meanwhile, Bea (Isabelle Fuhrman), a worrisome teenager, reconnects with her introverted childhood friend, Andy (Kyle Allen) to overcome their difference in high school status following their prom. Past and present collide as two couples explore love over the course of one night at a hotel. 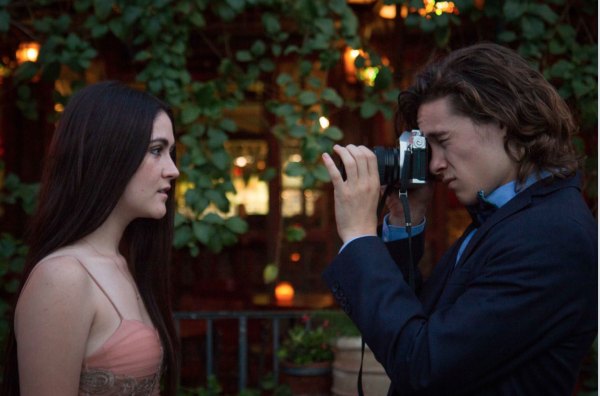 At first I wasn’t sure this film was right me, as a Forty-something I thought it might be out of my demographic, but I was wrong. It appealed to me on many levels. First as my younger self and then as a married woman. It covers finding romance and rekindling love through the eyes of these two couples over the course of one night. The characters are believable and relatable. Over the course of prom night both couples stay at the same hotel. The two high school seniors that were once childhood best friends that have lost touch and the married couple trying to remember why they fell in love. They cross paths with each other during the beginning of the movie, but we don’t learn what actually connects them until the end of the film. Reading some online reviews, the connection unfolds so subtly that I think some folks missed it. It is this plot twist that made me want to watch this movie again! A wonderful and thought-provoking film that is beautiful to watch.

I have either a hard copy of 1 Night or a iTunes Digital Download. We will try to accommodate your choice. Giveaway is US Only. 18 and Up. Please wait for the form to load and good luck! Giveaway ends March 6, 2017

Disclosure: I received a screening copy of this film for review. All thoughts are my own.