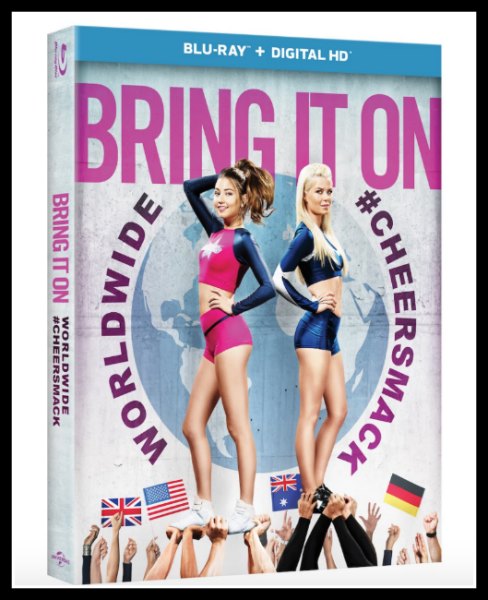 So, you found me out if you didn’t know already I’m a big fan of teen movies! Bring It On is one of my favorite film franchises. The sixth in this series Bring It On: Worldwide is now available on DVD and Blu-ray!

Bring It On: Worldwide Trailer:

About Bring It On: Worldwide:

Vivica A. Fox makes her Bring it On debut as Cheer Goddess, the Internet’s most popular “Cheer-lebrity.” When Destiny (Prosperi), captain of three-time national champions “The Rebels,” is challenged to a global cheer showdown by an edgy new team called “The Truth,” the Cheer Goddess organizes a virtual battle for squads from all around the world. It seems like the whole world wants to take down Destiny and her team, and they just might succeed, unless Density can rise to the challenge, set her ego aside and figure out who her real friends are.

The film stars Vivica A. Fox (Kill Bill, Independence Day) along with rising talent, Cristine Prosperi (“Degrassi: The Next Generation,” Betrayed), Jordan Rodrigues (“The Fosters,” “Dance Academy”), Sophie Vavasseur (Resident Evil: Apocalypse, Evelyn), and Gia Ré (“Jinx,” “Rocket’s Island”), the film integrates the evolution of social media taking viewers into the cheerleading universe. Bring It On: Worldwide #Cheersmack on Blu-ray™, DVD and Digital HD will come packed with exciting bonus content including exclusive behind-the-scenes footage as well as a hilarious gag reel. Filled with all-new stunts and choreography, The film features 19 squads from around the globe, including teams from Australia, U.K., Germany and France, in addition to the Northern Elite Gymnastics and Cheer team from the United States. The film is the perfect hybrid of cheerleading and dance for a non-stop worldwide showdown.

Personally, I’m a big fan of Vivica A. Fox and I can’t wait to see her in this one. Do you believe it’s been 17 years since the original Bring It On hit the screens? 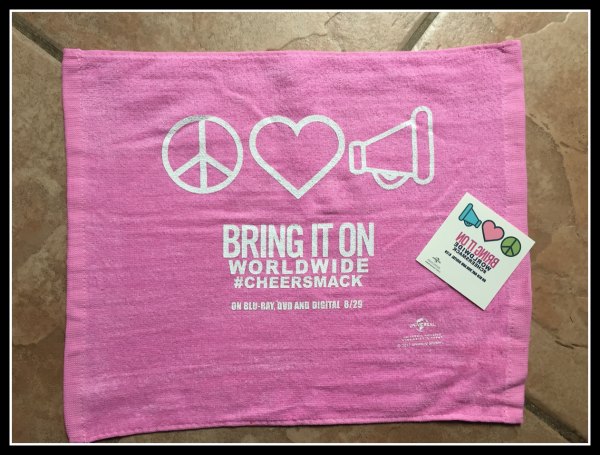 Giveaway has ended the winner is Yesenia A! Congrats!

Disclosure: I received the same prize that is being given away. No other compensation was received. All thoughts belong to me.