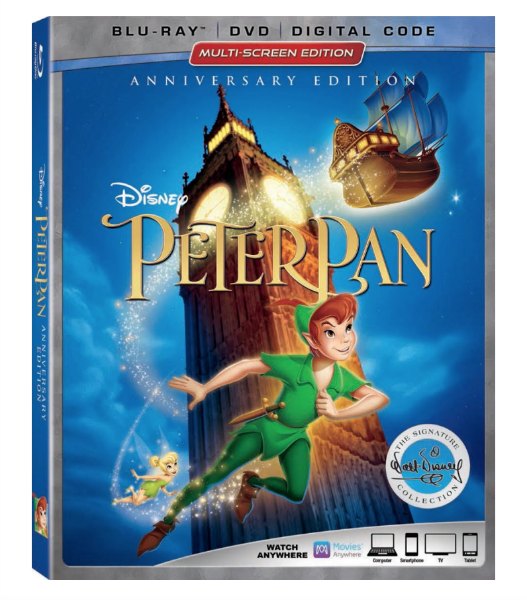 Peter Pan by far is one my of classic Disney favorites! Now part of  the Walt Disney Signature Collection, you can relive the animated classic with more than two hours of bonus features and new never-before-seen extras. I love the extras that are included in these editions because it lets you see deeper into the movie and the making of it. Peter Pan was not a beloved movie to me as a child, but I loved the book as well. Movies can inspire even a non-reader to pick a book! Think Summer learning with Disney fun!

Take a Look at Peter Pan:

In “Peter Pan,” fantastic adventures await the Darling children—Wendy, John and Michael—when Peter Pan, the hero of their stories, whisks them away to the magical world of Never Land.  After flying with Peter and the delightfully impish Tinker Bell past the “second star to the right and straight on till morning,” they explore the enchanted island and Peter’s secret hideout with the Lost Boys, and leap into high-flying battles with swashbuckling pirates and the infamous villain Captain Hook.

Add some fun to your movie night or a rainy day activity with these Peter Pan printables! I have lots of experience keeping little ones busy over the Summer! Just click on the image and download this activity pack! 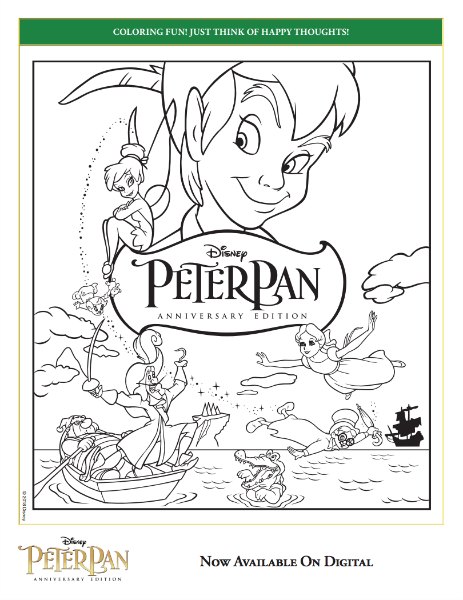 Don’t forget to check out the Bonus Features!