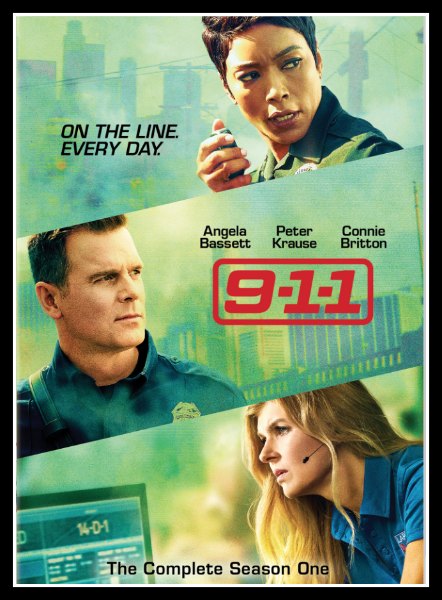 I’ll start by saying that I watched the entire season while it aired on Fox. My son and I are big fans of the show. This show has a little of everything. It has action, drama, and quite an emotional storyline for each character. Little by little we learn about the characters and their struggles to overcome the past, as well as, face the future while putting their lives on the line every day to save people. I was interested in watching this series because of its stars Angela Bassett, Peter Krause and Connie Britton. All favorites of mine plus many more in the cast including Oliver Stark and Aisha Hinds.

The storylines are original and unexpected. I didn’t expect anything less from the talents of Ryan Murphy, Brad Falchuk and Tim Minear. 9-1-1 is obviously a different genre than their previous work American Horror Story! A true showcase of their talents in creating memorable and intricate storylines.

Season Two has just begun so if you haven’t caught season one this is your chance to catch up and find out what all the buzz is about! Totally a binge worthy series!