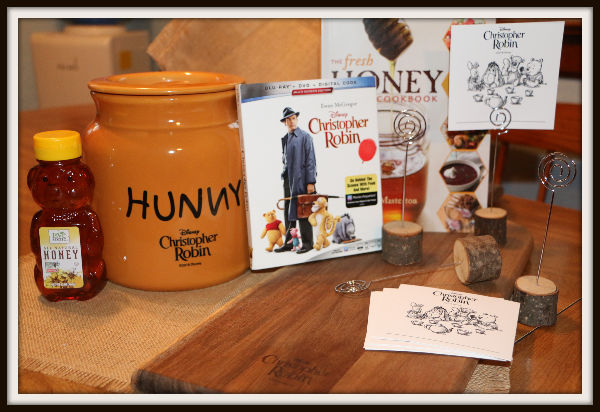 My family and I received an early copy of Christopher Robin and we all fell in love! My tween and teen weren’t thrilled with watching a PG rated film, but they changed their tune quickly! (So, much so that we watched again the next day!) We had heard so many great things about this film and I can now say that they were all true. I think each of us took something different away for film. As a parent I loved being able to share this film with my kids and talk about the various meanings we each picked up on. I was gifted some lovely items from Disney to host my own “Friendsgiving.” It didn’t work out exactly as planned, but as Pooh said, “Sometimes doing nothing leads to the very best something.” 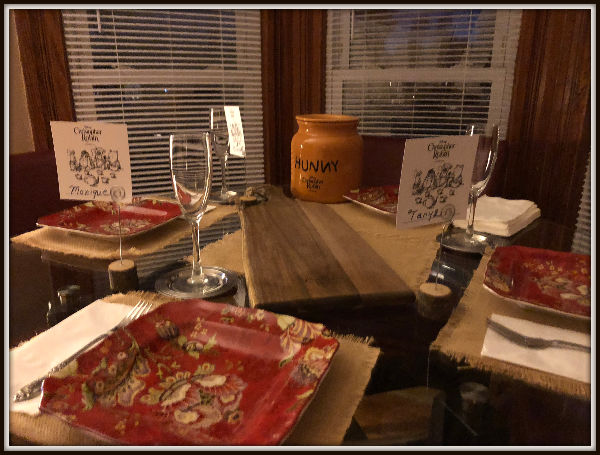 I planned all day and set up my bar top table to serve some tasty treats! I love entertaining and always go a bit over the top. There were only supposed to be three of us, but I planned for more because that’s just what I do. 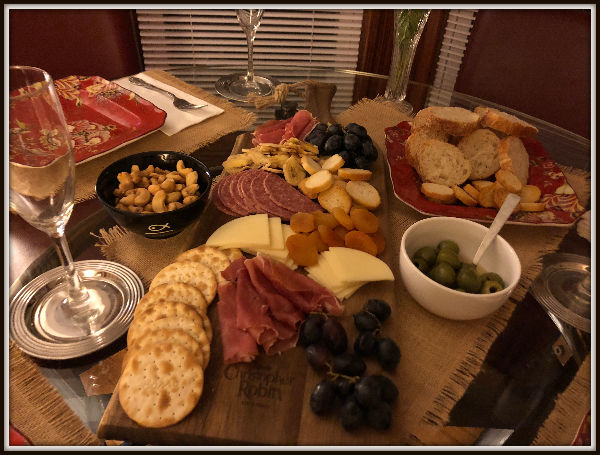 With a last-minute cancellation I had plenty of food for just two of us, and of course my husband and kids came and foraged on the Charcuterie Platter! I had plans on making other foods using the Honey cookbook that I was sent, but this was plenty. Here is one of the recipes I was going to try:

Rajah’s Honey-Roasted Tiger Tails
(serves 8)
Ingredients:
3lbs whole carrots, trimmed
2 tablespoons olive oil
1 tablespoon honey
1 tablespoon lemon juice
½ teaspoon salt
Balsamic glaze (garnish)
Instructions
:
Preheat oven to 400 degrees. Trim ends off wh
ole carrots and set in a large mixing bowl (you can peel
or leave un
–
peeled depending on your preference). In a smaller dish, whisk together olive oil, honey,
lemon juice, and salt. Pour mixture over the carrots and distribute evenly on a large sheet pan
.
Roast carrots for 45
–
60 minutes until browning and fork
–
tender. Stir several times throughout cooking.
Once carrots are browned and ready, remove from oven and place onto a serving dish. Drizzle top with
balsamic glaze in a zig zag pattern (to look
like tiger stripes!). Serve warm as part of a healthy dinner.

Take a Look at Christopher Robin: 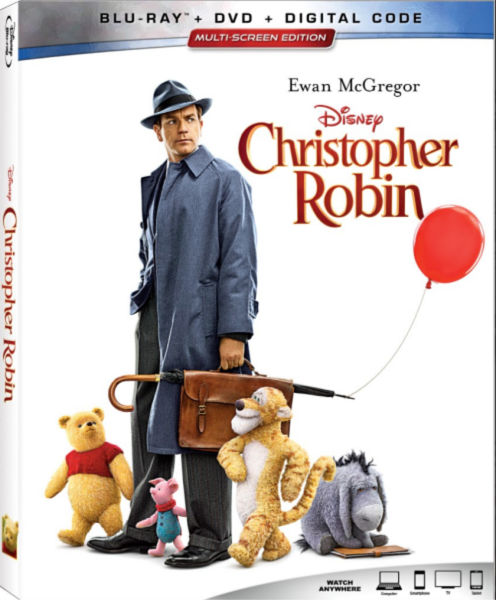 “When you are able to make people laugh and cry in the same movie and you are able to tell the story with integrity and ground it in reality and have the magic realism on top of it, it lifts your spirits and connects you with the people you love,” says director Marc Forster. “We could all use a little bit of Pooh’s heart and wisdom right now.”

I couldn’t have said it better myself! The perfect movie to share with family and friends!