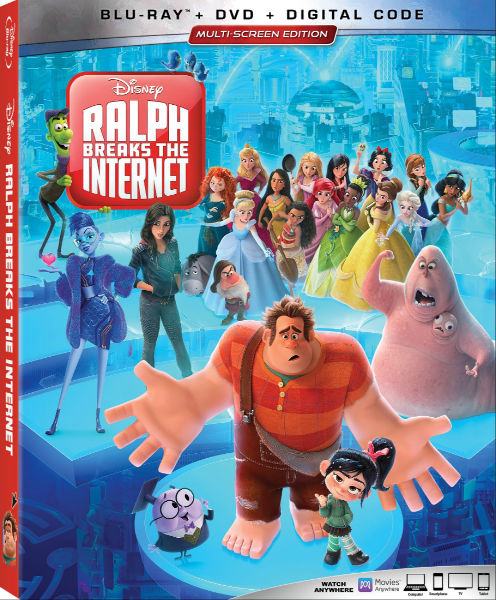 The 2019 Oscar®-nominated film (for Best Animated Feature) Ralph Breaks the Internet is now available instantly on Digital 4K Ultra HD™/HD/SD and Movies Anywhere and physically on Blu-ray and DVD.

We have been anxiously awaiting this release! My kids are 15 and a newly turned 13 so I wasn’t sure how they would feel about viewing this film with me, but they jumped at the chance to see it! You are never too old for Disney! We watched it for our family movie night and the entire family enjoyed it! The laughs never ended. This was the perfect tie in for old school arcade and the internet to mix. I believe that is why our family enjoyed it so much together. We all received something from watching it. We loved it!

About Ralph Breaks the Internet:

Directed by Rich Moore (Academy Award Æ-winning “Zootopia,” “Wreck-It Ralph”) and Phil Johnston (co-writer “Wreck-It Ralph,” “Zootopia,” writer, “Cedar Rapids”), and produced by Clark Spencer (“Zootopia,” “Wreck-It Ralph,” “Bolt,” “Lilo & Stitch”), “Ralph Breaks the Internet” welcomes back favorite cast and characters introduced six years ago, including Reilly, who provides the voice of Ralph, and Silverman, who returns as the voice of Vanellope. Lending a virtual hand to Ralph and Vanellope is Shank, voiced by Gal Gadot, a tough-as-nails driver from a gritty online auto-racing game called Slaughter Race, a place Vanellope wholeheartedly embraces — so much so that Ralph worries he may lose the only friend he’s ever had. Yesss, voiced by Taraji P. Henson, the head algorithm and the heart and soul of the trend-making site BuzzzTube, makes Ralph a viral sensation. Jack McBrayer and Jane Lynch return as the voices of Fix-It Felix Jr. and Sergeant Calhoun, respectively, and Disney Animation’s good luck charm, actor Alan Tudyk was called on to voice a search engine named KnowsMore — literally a know-it-all — who runs a search bar and helps Ralph and Vanellope on their quest. Lots of exciting cameos are also featured in the film including a scene that reunites all of the original (living) Disney Princess voice cast. 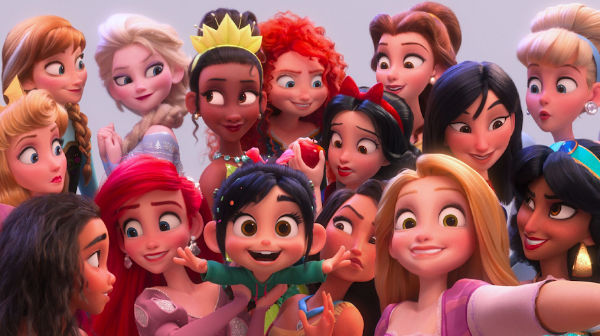 If you haven’t seen it yet I’ll give you another teaser-the Disney Princesses make an appearance! So fun!! 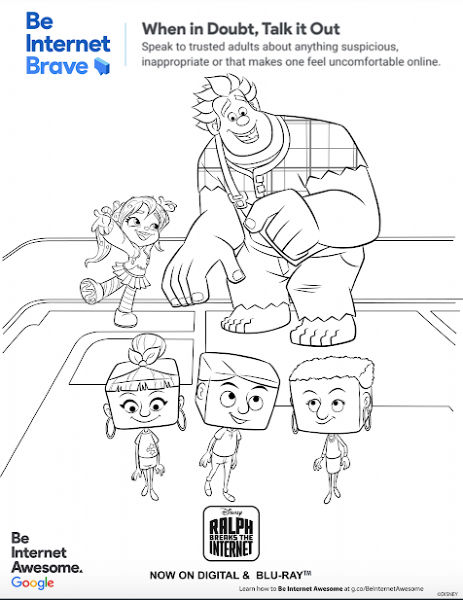 Click on the above image and print or download the activity sheets for your kids! Tis is a safe and fun way to teach kids about safety while surfing the web. Activity sheets make movie night fun and even more so when learning is involved.

Do you have a favorite old-school arcade game? What is it?