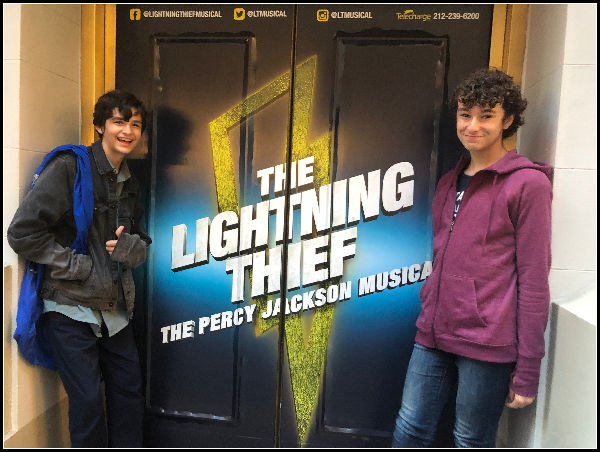 The Lightning Thief The Percy Jackson Musical on Broadway for 16 weeks only! Show closes on January 5th 2020

As a son of Poseidon, Percy Jackson has newly discovered powers he can’t control, monsters on his trail, and is on a quest to find Zeus’ lightning bolt to prevent a war between the Greek gods.

Chris McCarrell does an amazing job capturing the energy and spirit of Percy Jackson. He was made for this roll. 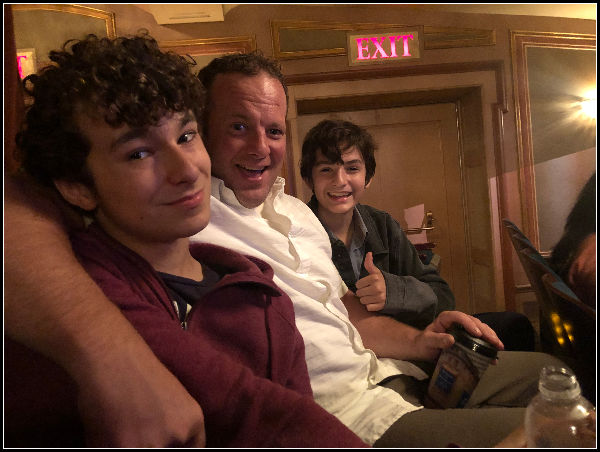 As you can see, we were excited about seeing this show. My boys have both  read this entire series and are die hard fans. Plus, we are avid theater goers on top of fans! Since we are all familiar with the story it was easy to follow along, but I highly suggest reading the book before seeing the show. The plot can be a bit complicated, so if you want to heighten your experience – read the book!

For those unfamiliar with the best-selling book series by Rick Riordan, the story centers on a teenager,  Percy, who discovers that he’s a Demi-God. His mother conceived him with Poseidon , god of the sea. This story is about his journey as new found Demi-God. 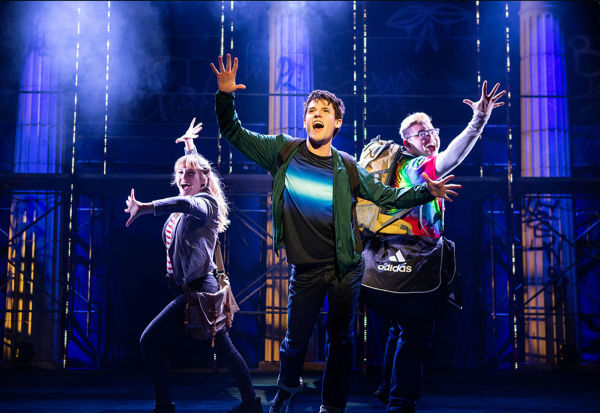 This isn’t a typical Broadway production with elaborate sets and dazzling effects, But it does pull off some cool thrills with some simple rolls of toilet paper and leaf blower. You kind of have to see it to believe it, but it was fun! Even if you haven’t read the book you will be delighted by the funny dialogue and the music. The musical score is by far the best part of the show. They are sure to have humming a tune or two on your way out of the theater. The crowd seems to love it as do the critics. 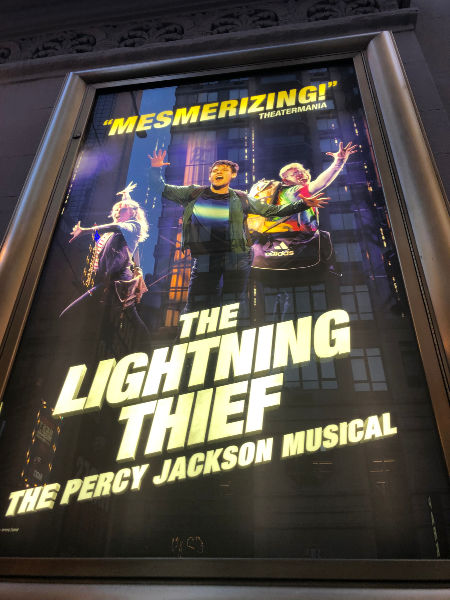 For more information and to get tickets visit:

Disclosure: My family and I were hosted at this event by The Lightening Thief and Diane Sullivan of 3Decades3Kids. All thoughts belong to me and have not been influenced.