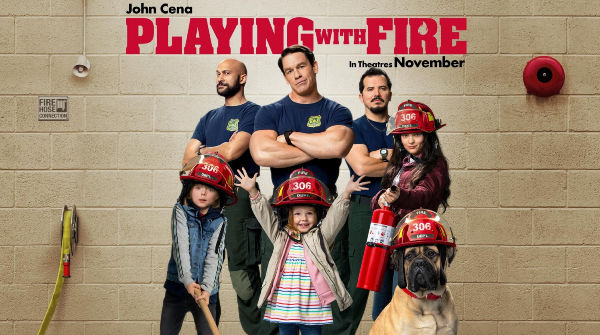 *My son and I were hosted by Paramount Pictures and had the opportunity to not only catch an advance screening of the film, but also to interview the cast and director.*

About Playing With Fire:

When straight-laced fire superintendent Jake Carson (John Cena) and his elite team of expert firefighters (Keegan-Michael Key, John Leguizamo and Tyler Mane) come to the rescue of three siblings (Brianna Hildebrand, Christian Convery and Finley Rose Slater) in the path of an encroaching wildfire, they quickly realize that no amount of training could prepare them for their most challenging job yet – babysitters. Unable to locate the children’s parents, the firefighters have their lives, jobs and even their fire depot turned upside down and quickly learn that kids – much like fires –are wild and unpredictable.

Highlights from the cast interview:

John Cena entered first and of course, he was bigger than life! A twist to this interview was that we were asked to have our children ask the questions. It was a wonderful experience for my son and it gave him an in depth look into what I do. Since this is a family friendly movie the child actors  Christian Convery and Finley Rose Slater were also on hand during the interview and they did not disappoint! My son asked the first question and it was directed to everyone on hand which included: Brianna Hildebrand, Christian Convery, Keegan-Michael Key, John Cena, Finley Rose Slater, and Director Andy Fickman.

I’m Owen. This question could be for any of
you. Did any past experiences help you with the role?

Keegan passed the question along to Director Andy Fickman. Fickman was inspired by the smoke jumpers. He spent time in Reading, California and the look and feel of the film comes directly from the actual smoke jumpers there. Keegan shared how when he was a boy him and his friends would hop on their bikes and ride to fires where they would stand behind the fire trucks. Two of his friends actually grew up to be firefighters. He listens to their stories and used that experience as inspiration for his role. 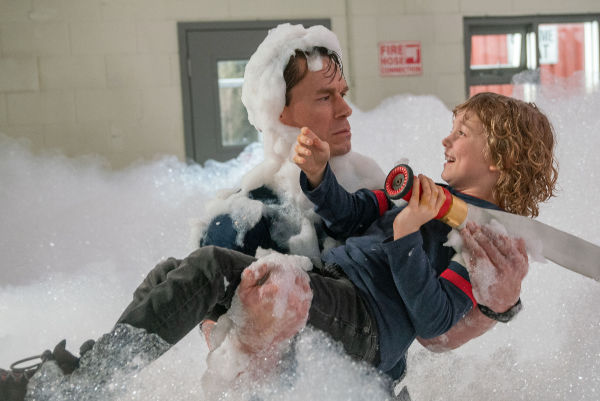 One of the funniest scenes (There are many though!) in the movie involves bubbles and Christian Convery was asked about the difficulty of this scene. He performed the stunt himself, as he grabs the hose and is thrashed around the fire house. He explained to us how they had him in a harness that connected  the hose and the ceiling. He said he felt he was up in the air a lot and screaming very loudly. I loved how he described this scene! 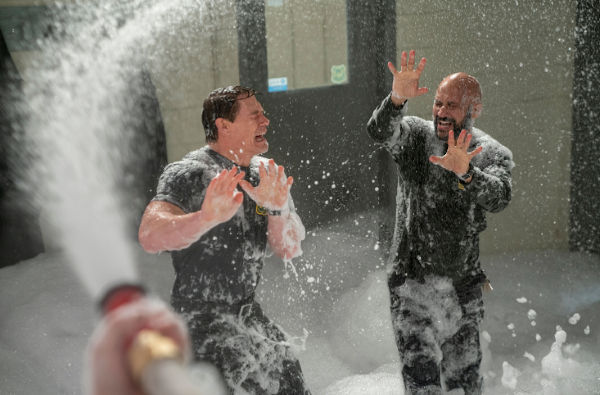 The comic chemistry between Keegan-Michael Key and John Cena was hysterical. John Cena stated that it was difficult to do scenes with Keegan because he would make him laugh. Director Andy Fickman said that Keegan improvised a lot of the script and he thought that it was actually more funny then what was written! The interview was fun as they all poked fun at each other, but one moment by Finley Rose Slater stole the interview! One of the kid reporters asked, “What was your favorite part of the movie?” and Finley answered: “When John Cena made pooping in the woods.” LOL! You’ll have to see the film for yourself! 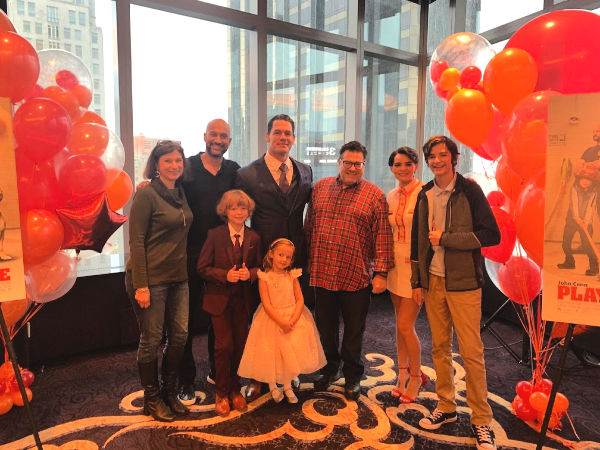 As for John Cena, he answered questions about how he got his muscles- “From never giving up” and his career as a wrestler. While he loves wrestling it takes a toll on your body after so many years. That’s 17 years as a wrestler! He hasn’t had his last match yet, but movies are a way he can entertain people. He loves storytelling and entertaining and acting is a way he can do that in between matches.

Thanks again to Paramount Pictures for hosting me and my son!