I attended a private screening of Last Christmas and it sure made me get into the spirit of the holiday season while having some laughs and some tears! You are going to want to catch this one!

Kate (Emilia Clarke) harumphs around London, a bundle of bad decisions accompanied by the jangle of bells on her shoes, another irritating consequence from her job as an elf in a year-round Christmas shop. Tom (Henry Golding) seems too good to be true when he walks into her life and starts to see through so many of Kate’s barriers. As London transforms into the most wonderful time of the year, nothing should work for these two. But sometimes, you gotta let the snow fall where it may, you gotta listen to your heart … and you gotta have faith.

Last Christmas features the music of George Michael, including the bittersweet holiday classic of the film’s title. The film will also premiere brand new unreleased material by the legendary Grammy-winning artist, who sold more than 115 million albums and recorded 10 No. 1 singles over the course of his iconic career. 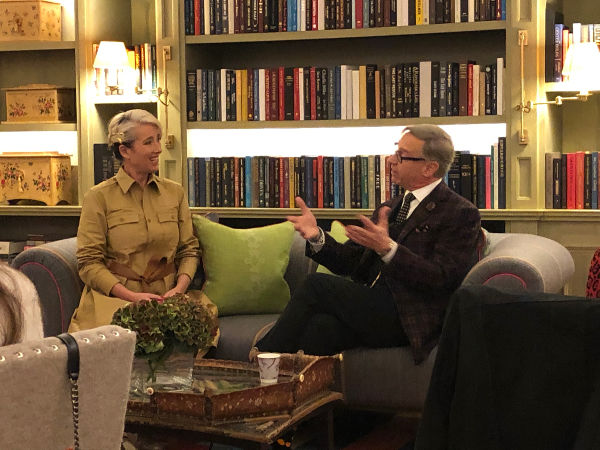 Emma Thompson and Director Paul Feig stopped by after the screening to chat with us and answer some questions. It’s not hard to believe that an entire movie could be based on a song, but George Michael’s music is played throughout the film. Thompson was inspired by one line of the song and then thought about all the other music Michael’s had put out and how well it would work in the movie. While Last Christmas isn’t her favorite song, Heal the Pain by Michael’s is central to the ethos of this movie. Heal the Pain is about the fact that if you can’t love yourself, you can’t love anyone. Paul Feig let us know that the last song played while the credits are rolling is a never released song by George Michael. (So stay!!!) While Michael’s was not directly involved with this project, Thompson did meet with him before his death and shared her idea and he was into it. 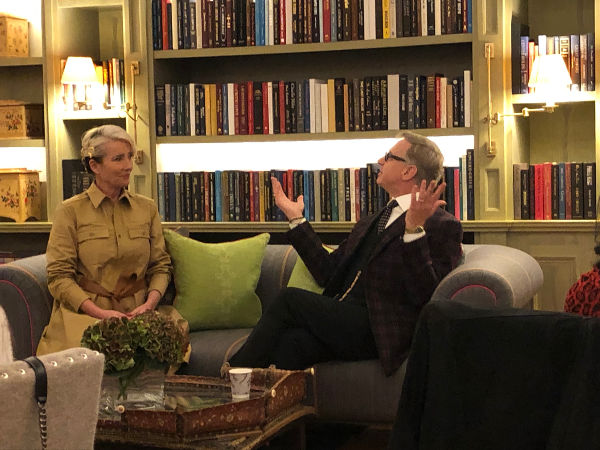 Both Emma Thompson and Paul Feig talked about the diversity of the film. Paul said, “If they didn’t reflect the real world it just wouldn’t be valid.” The some of the characters are based loosely on friends of Thompson’s and her husband. They even had their friends meet their character counter parts! 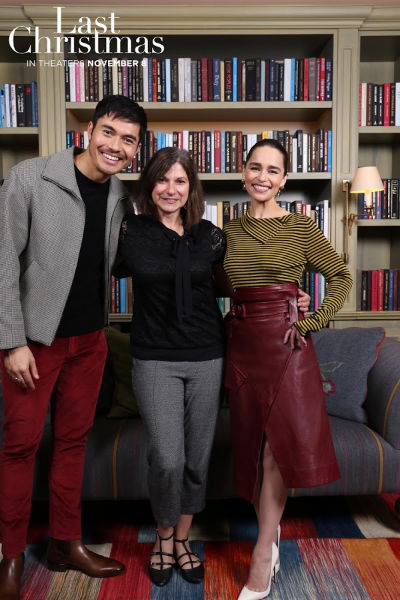 The filming took place in London mostly between the hours of 2 A.M. and noon! It is Thompson’s love letter to London. After the interview Henry Golding and Emilia Clarke stopped to snap some photos with us. Golding arrived first and chatted with us for bit about his character. I’m not going to share because I don’t want to give it away. You’ll have to see for yourself. All I will say is that it is unpredictable!

Have a happy holiday and don’t ever stop looking up!