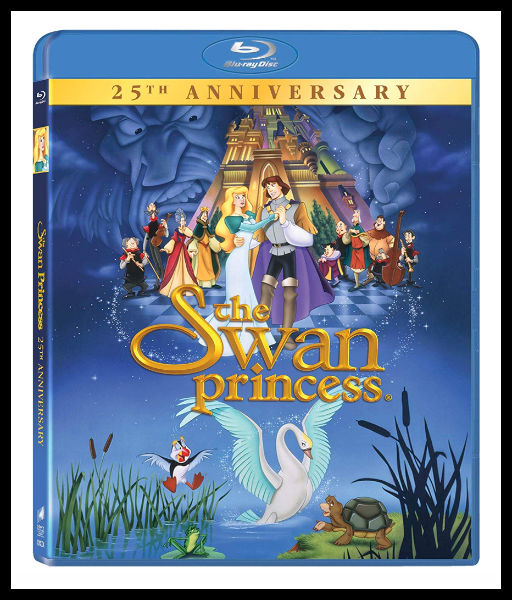 Celebrate the 25th Anniversary of The Swan Princess for the First Time on Blu-ray and Digital 4K HDR!

From the director of “The Fox And The Hound” comes THE SWAN PRINCESS, a magical, musical animated adventure based on the classic fairy tale “Swan Lake” that captured the hearts of audiences around the world! The winner of the Film Advisory Board Award of Excellence and the Parents’ Choice Award, it’s the heartwarming story of the beautiful princess Odette, who is transformed into a swan by an evil sorcerer’s spell. Held captive at an enchanted lake, she befriends Jean-Bob the frog, Speed the turtle and Puffin the bird. Despite their struggle to keep the princess safe, these good-natured creatures can do nothing about the sorcerer’s spell, which can only be broken by a vow of everlasting love. Universally cheered and revered, THE SWAN PRINCESS is bursting with color, dazzling animation, beautiful music and features the vocal talents of Jack Palance, John Cleese, Steven Wright and Sandy Duncan! It’s an exciting adventure you’ll want to relive again and again!

The 25th Anniversary Blu-ray release includes an all-new featurette entitled “A Look Back, Tease Ahead,” plus a variety of additional archival features. 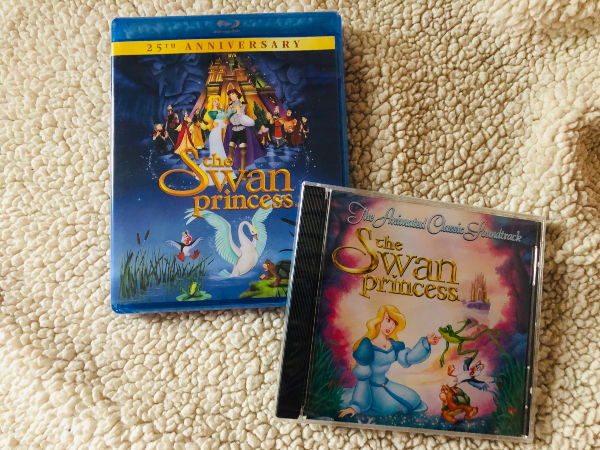 Well, I have a soft spot for this film because my son loved it so much when he was little. He remembered it even now as a teen when I showed it to him. He still smiled. I find it a bit magical to watch the animation from that time period as it it so different than what we have become accustomed to today. The story is based on the classic “Swan Lake”.  The film is Rated G, but some scenes might be intense for a sensitive little one. The music although will get you singing along. This original musical animated adventure is a lasting story that still entertains both kids and adults. 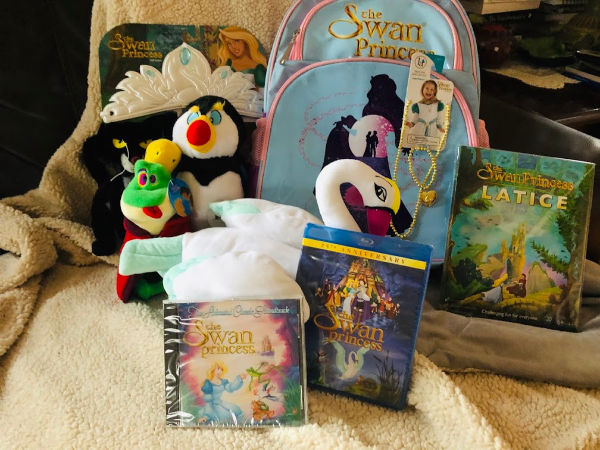 Make it a fun family movie night with Odette and friends! Play a card game, wear a crown, and snuggle!