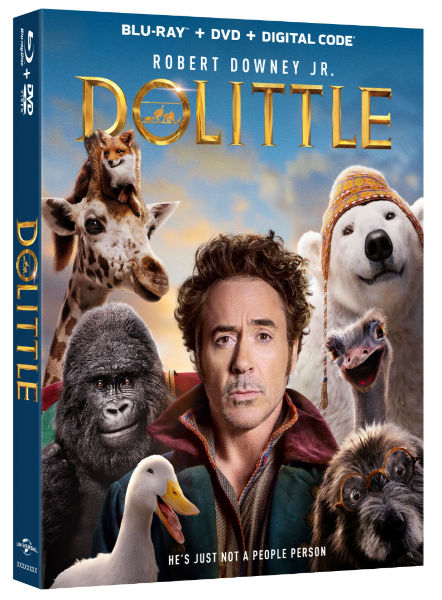 After losing his wife, he hermits himself away behind the high wall of his manor but is forced to set sail on an epic adventure when the queen falls gravely ill. Helping Dolittle in search of a rare cure are his rambunctious animal friends—including Chee-Chee (Malek), an anxious, self-conscious gorilla; Dab-Dab (Octavia Spencer, The Help), an enthusiastic but bird-brained duck; the bickering duo of cynical, neurotic ostrich Plimpton (Kumail Nanjiani, The Big Sick, “Silicon Valley”) and chilly-but-chill polar bear Yoshi (Cena); as well as a headstrong parrot named Polynesia (Thompson).

My thoughts on DOLITTLE:

Honestly, I’m not a fan. RDJ was too distracting. I couldn’t get over his accent. I’ve been a big fan of his work, but this fell short for me. I spent most of the time questioning why he would take on this role. Yes, it is a children’s movie so maybe if I had littles this would have been different for me. I’m not sure. I see that audiences didn’t think it was that bad, but I did not find it entertaining and neither did my family. The effects are amazing. It is visually a dream to watch, but the story not so much. Your littles might like it, but you might want to sit this one out.

Catch incredible bonus content that you can only see on the 4K Ultra HD™, Blu-ray™, DVD, and Digital release showcasing the making of the film and insight to all the cast.

Have you seen DOLITTLE? What are your thoughts?