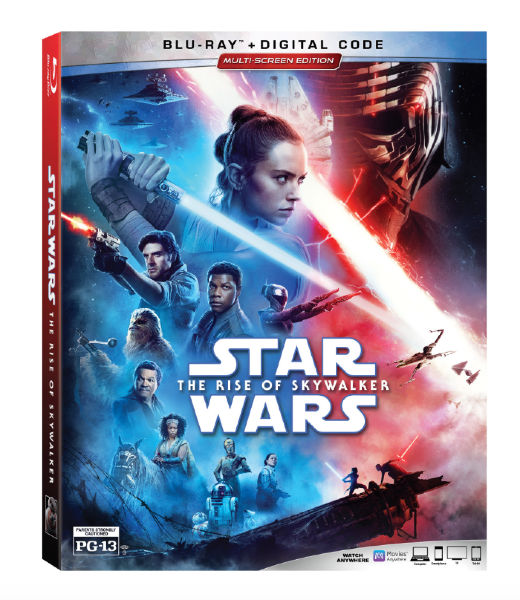 Star Wars: The Rise of Skywalker Now on Digital & Blu-ray

We are big Star Wars fans at my house so I couldn’t wait to add this one to our collection! I missed it in the theater, but my husband and son went to see it. We had to do a little catch up so a Star Wars-a-thon was in the works!

The ninth and final episode in the Skywalker saga welcomed the return of original characters Luke Skywalker, General Leia Organa, Chewbacca, C-3PO, R2-D2, Emperor Palpatine and Lando Calrissian, along with the latest generation of heroes and villains, including Rey, Finn, Poe, BB-8, Maz, Rose, General Hux and Kylo Ren. Newcomers include Jannah, a new ally of the Resistance; Allegiant General Pryde of the First Order; and smuggler Zorii Bliss.

The film is directed by J.J. Abrams and produced by Kathleen Kennedy, Abrams and Michelle Rejwan. Callum Greene, Tommy Gormley and Jason McGatlin serve as executive producers. The screenplay was written by Chris Terrio & J.J. Abrams and the story is by Derek Connolly & Colin Trevorrow and J.J. Abrams & Chris Terrio, based on characters created by George Lucas. Composer John Williams, who has scored every episode in the Skywalker saga since 1977’s Star Wars: A New Hope, returns for Star Wars: The Rise of Skywalker.

Here are some fun activities to do with your family! 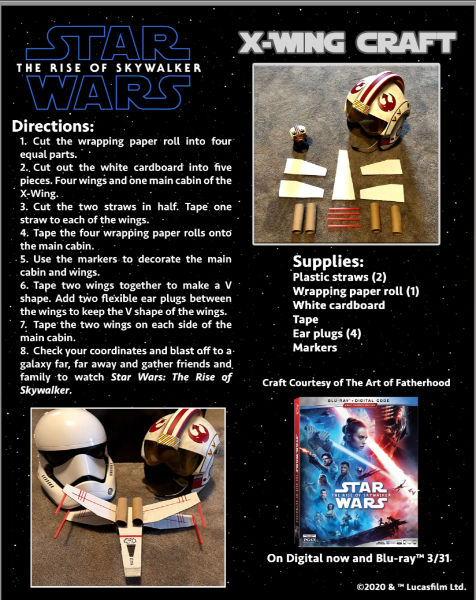 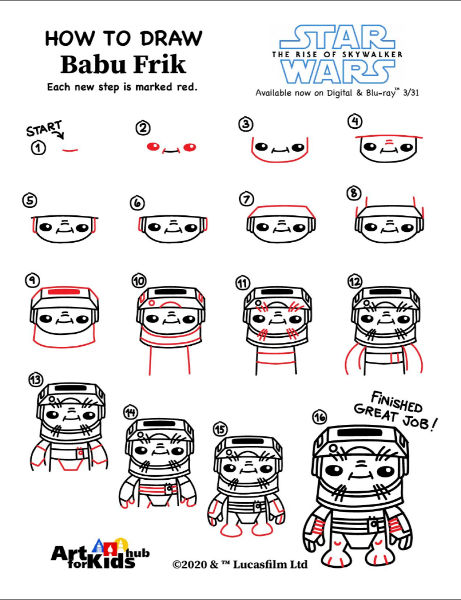 Who is your favorite Star Wars character?