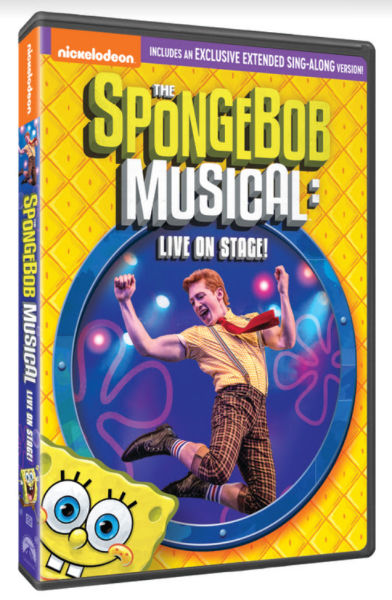 THE SPONGEBOB MUSICAL:
LIVE ON STAGE! Now Available on DVD!

SpongeBob and all of Bikini Bottom face catastrophe – until a most unexpected hero rises to take center stage to prove that the power of optimism really can save the world. This one-of-a-kind musical event boasts the full, extended-length broadcast of the hit Broadway musical, plus an exclusive sing-along version only available on this DVD! Also featuring a special guest appearance by voice actor Tom Kenny as ‘Patchy the Pirate,’ this is one under-the-sea spectacular that you don’t want to miss. 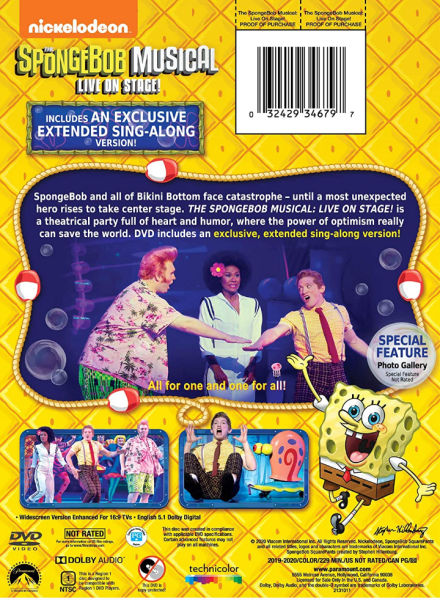 This is an awesome show! I wish that I caught it on Broadway! The songs are catchy and I love how the actors truly portray the characters. You really know who is who right away. That being said, it is good to remind both parents and kids that this is a Broadway show. The actors voices aren’t going to perfectly resemble the cartoon characters and neither are their costumes. If your child is expecting a giant talking sponge they might be disappointed. While this is a fun show based a kids program it is not dumbed down for kids so it will appeal to both adults and children. This could be a great bridge to introduce your child to theater with a characters they recognize and love. Pick it up for the holidays or enter my giveaway below!

One Be Your Best Mom reader will win The SpongeBob Musical : Live on Stage!

Must be 18 years or older.US Only. Winner will be chosen at random.

Giveaway ends November 20, 2020. Good luck and thanks for entering!

Each comment is worth 1 entry with the exception of subscribers! Subscribers get 5 entires! If you are a subscriber leave a comment with the email address you have subscribed with and if you want to be a subscriber Click HERE to sign up!

Easy Entry: Just leave a comment telling me who is your favorite character to if you win!

Other ways to enter! Do one or do them all 1 entry each!

4. Extra entry for leaving a comment on a non-giveaway post – you must leave a comment here as well to tell me that you have done so to get the entry.

Be sure to leave a separate comment for each entry! Winner will be chosen at random.