* Thank you to Annapurna Pictures for hosting the press junket I attended. *

Last weekend I had the pleasure of screening Fighting With My Family and attending an interview session with the actors. You must have see the trailer at this point and yes, it is just as funny as it seems! In case you missed it….

About Fighting With My Family:

FIGHTING WITH MY FAMILY is a heartwarming comedy based on the incredible true story of WWE Superstar Paige™. Born into a tight-knit wrestling family, Paige and her brother Zak are ecstatic when they get the once-in-a-lifetime opportunity to try out for WWE. But when only Paige earns a spot in the competitive training program, she must leave her family and face this new, cut-throat world alone. Paige’s journey pushes her to dig deep, fight for her family, and ultimately prove to the world that what makes her different is the very thing that can make her a star. 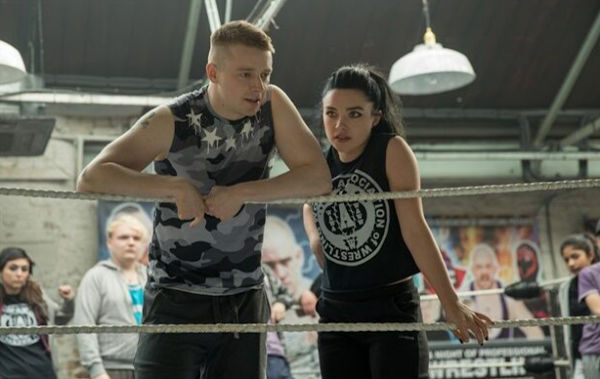 Based on a true story films tend to be emotional and inspiring, but this one takes a different route and wins! You will be inspired, but you will also laugh many, many times. I found myself falling in love with this unconventional yet loving family. It gave me a different perspective of family and how we show up for each other in good times and in bad. You don’t need to be a wrestling fan to enjoy this picture. This film is about being yourself and coming out on top. The fact that Paige is a wrestler is only a part of the story. The bigger lessons learned here are family, being true to yourself, and never quitting when it comes to your dreams. Take the family to see it! You won’t be disappointed! 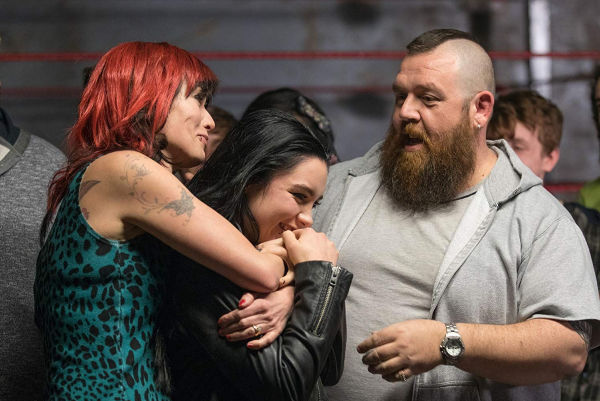 The day after I viewed the film I had a chance to sit down with the cast and talk about the film. Paige herself was also on hand to answer questions fro the press. On hand to be interviewed were: Lena Headey, Nick Frost, Florence Pugh, Jack Lowden, Stephen Merchant and 2x WWE Divas champ Paige.

I learned through the interview that the actors went through two weeks at WWE wrestling camp to learn the moves. Director Stephen Merchant wanted them to wrestle as mush as possible to prepare for their roles. Personally, I admire how much actors accomplish when trying to embrace their characters. This was fun to hear.

Paige also commented during here interview about her thoughts on having a film about her journey.

“…..it’s like very bizarre and very surreal and then sometimes I have to sit back and she’s so good at what she does (Florence) that I forget that she’s playing me and I forget that it’s my story.”

When Lena Headey was asked  about preparing for her role as Paige’s mom she responded that she had studied to play her. She also expressed her thoughts on the family as a whole.

“I watched the documentary years ago and sort of fell in love with them because so completely honest and there’s no nonsense. I mean they all say how they feel, there is nothing whispered behind any doors and I think that their authenticity is why you fall in love with them.”

My thought is…How can you not fall in love with this family?

During the interview someone said, “And I think part of the message of the film is that nothing is easy whether it’s wrestling or anything else. Doors will be closed in your face, people will sometimes say no, sometimes you won’t fit in, sometimes you will be rejected and you just have to keep moving forward. You know you have to keep taking the punches and if you are passionate about it you just keep plowing on and eventually the doors will open and that is certainly true of all of us in our careers.” 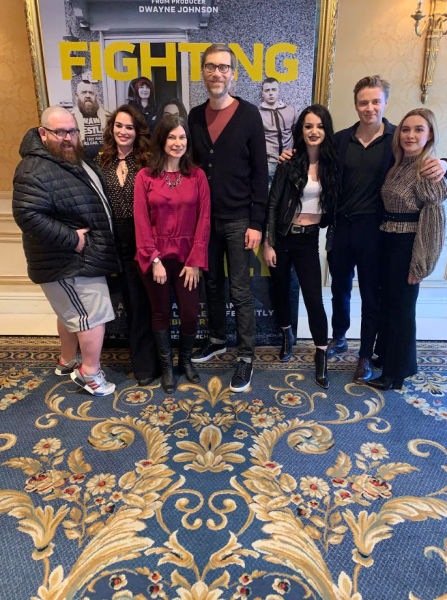 Well, somehow my question didn’t make it into the transcripts! Ugh! It’s all good though. I learned that being yourself is the key to success, that filming a shot in an hour with 20,000 live fans can be a challenge for everyone, and that I need to get the rest of my family to see this film and you should too! Thanks again to  Annapurna Pictures for hosting the press junket.