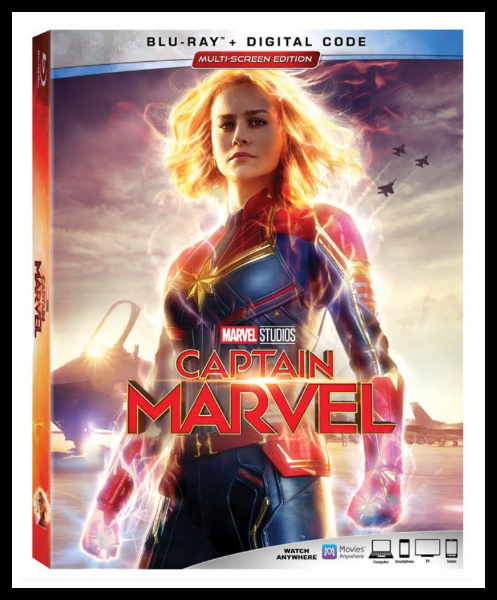 Set in the 1990s, “Captain Marvel” is an all-new adventure from a previously unseen period in the history of the Marvel Cinematic Universe that introduces the MCU’s first stand-alone, female-franchise title character—Carol Danvers aka Captain Marvel. When we first meet Danvers, she already possesses her superhero powers, having left her earthly life behind and become a member of an intergalactic elite Kree military team called Starforce, led by their enigmatic commander, Yon-Rogg. But after Danvers has trained and worked with the Starforce team, and become a valued member­, she finds herself back on Earth with new questions about her past. While on Earth she quickly lands on the radar of Nick Fury, and they must work together against a formidable enemy in the form of the Skrulls—the notorious Marvel bad guys made even more dangerous by their shape-shifting abilities—and their leader, Talos, who is spearheading a Skrull invasion of Earth.

I’m embarrassed to admit that I missed this one in theaters! As a huge fan of Marvel, somehow the family and I couldn’t get our act together to catch this one before End Game. Now I get it! We loved this new edition to the Marvel family of films. It is a must own. You get to finally learn the ‘Origin of Nick Fury”! My son and husband loved the story and I was loving the music! (And the story too) The music in these films really seals the deal for me. Brie Larson is tough, yet vulnerable. I hope it’s not “really” the end and we get to see her in more Marvel adventures! Pick up your copy today and enjoy all of the fun extras included!

BONUS MATERIAL (may vary by retailer):

o   Journey into Visual Effects with Victoria Alonso – Experience how filmmakers’ visions of the MCU come to life on-screen through the skill of the Visual Effects team.

Who is your favorite Marvel superhero?