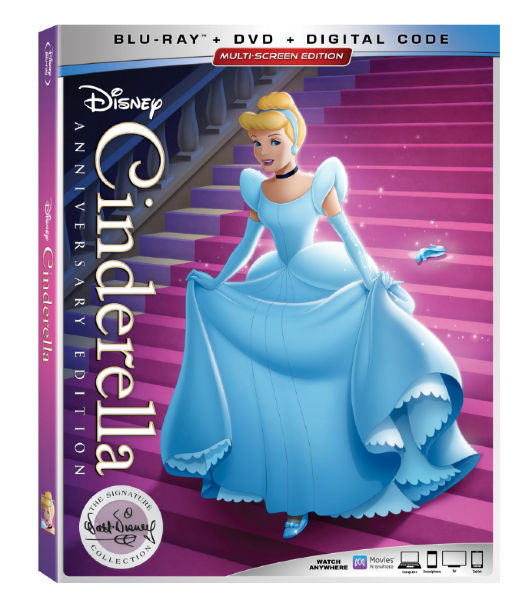 Cinderella is truly one of my favorite memories from childhood. The magic of the animation from true artists back in the day cannot be touched. I remember how effortless the characters appeared to move. It still marvels me to this day that this work was created all by hand. As a parent I loved sharing this movie with my own children and seeing how they fell in with it as well. A must own in your Disney movie collection.

About the Anniversary Edition:

Recently added to the prestigious National Film Registry, the animated classic centers on kind and hardworking Cinderella, who is ordered around by her cruel stepmother, her awful stepsisters — even the big clock in the church tower tells her when to start another day of drudgery. But they can’t stop her from dreaming, and Cinderella has faith that someday her wishes will come true. When an invitation to the royal ball arrives, Cinderella is sure her time has come — until her stepsisters, with the encouragement of Lady Tremaine, tear her gown to shreds. Just when Cinderella believes all is lost, her Fairy Godmother appears, and with a wave of her wand and “Bibbidi-Bobbidi-Boo,” transforms an ordinary pumpkin into a magnificent coach and Cinderella’s rags into a gorgeous gown, then sends her off to the Royal Ball. But Cinderella’s enchanted evening must end when the spell is broken at midnight. It will take the help of her daring animal mice friends and a perfect fit into a glass slipper to create the ultimate fairy tale ending.

Make it a movie night or playdate with these printables! 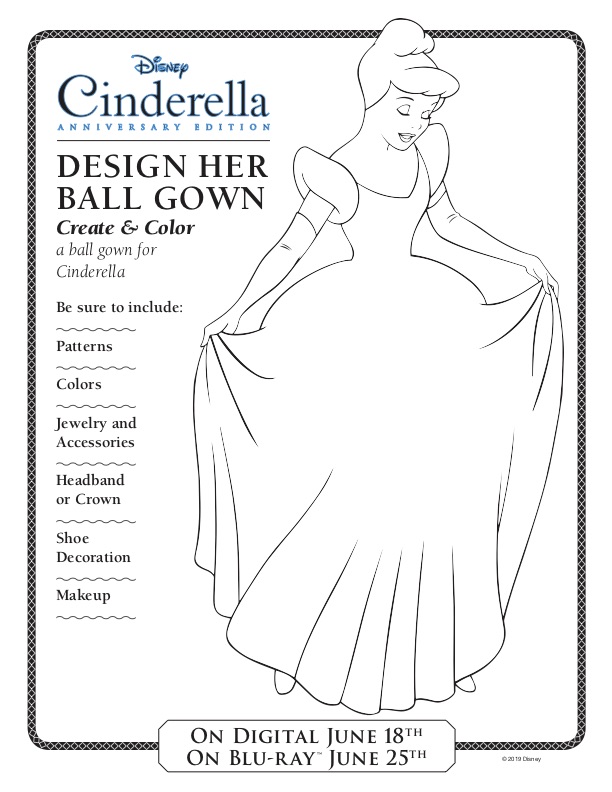 Just click on the image to print in full size! 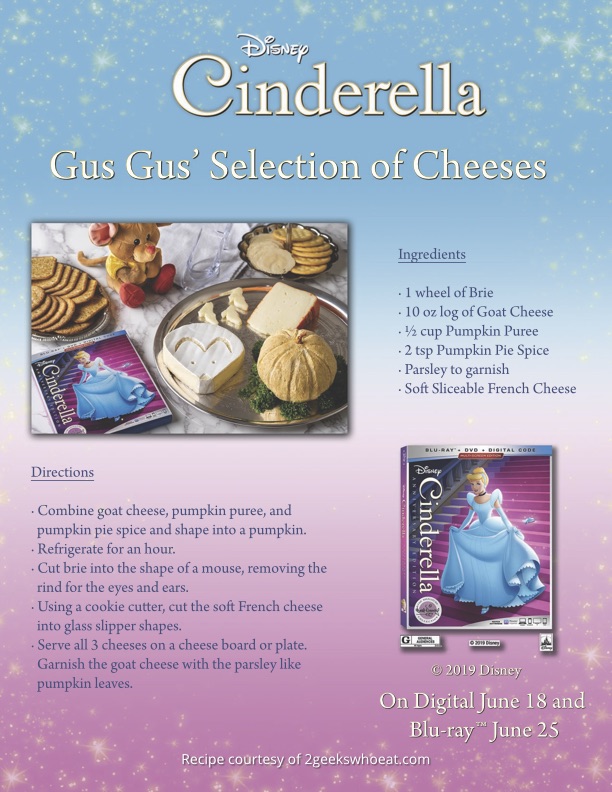 Plus here is a fun recipe for movie snacks that both grown-ups and kids will love!

THE ART OF CINDERELLA

What is your favorite Disney movie?