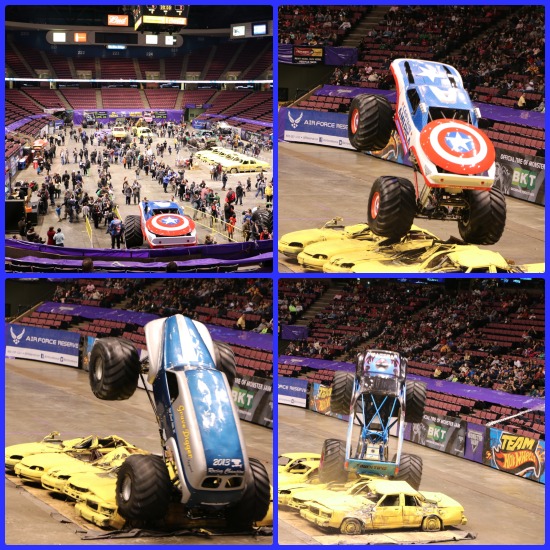 Last night I surprised the boys with an amazing Valentines Day gift, an evening at Monster Jam. My husband and the boys were so excited. We have never been to such an event and it was thrilling. Before the show began we had a chance to talk to Monster Jam driver Adam Anderson, the 2013 Champion driver of Grave Digger. He comes from a family of Monster truck drivers including his dad, who by the way came up with the name Grave Digger, and his brother. He said most weekends out of the year he is attending events, which at times is both thrilling and exhausting. His family is very supportive and they make it work. Anderson talked to us about the safety of the vehicles and even had his crew demonstrate how they do a tire change. The tires are so large they must be taken off to transport the trucks. 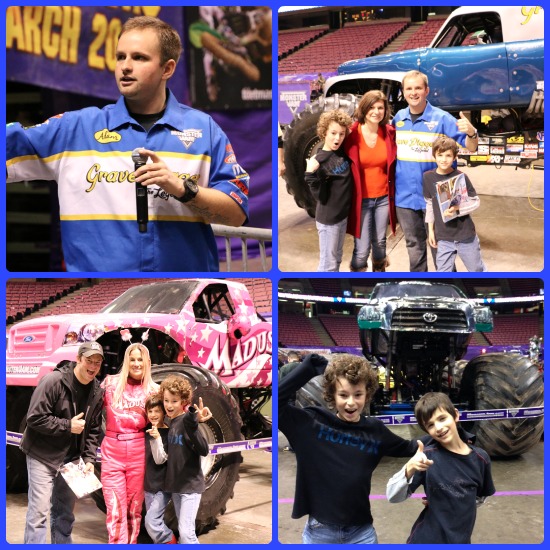 We also attended the pre-show pit party. This is an awesome opportunity for fans to meet the drivers and have their pictures taken next to their favorite trucks. Fans can walk the actual track and get an up close look before the show. This is a must have add on to your event tickets if you have big fans. It’s so worth it. I feel as if it expands the fan experience, by giving people a direct connection with the drivers. I know my boys were cheering for the drivers they had met at the pre-show pit party. (These tickets are an extra cost. $10) Don’t be worried about your girls not enjoying Monster Jam. There were plenty of girls in the audience and a female driver all decked out in pink driving her truck Madusa! Girl Power! 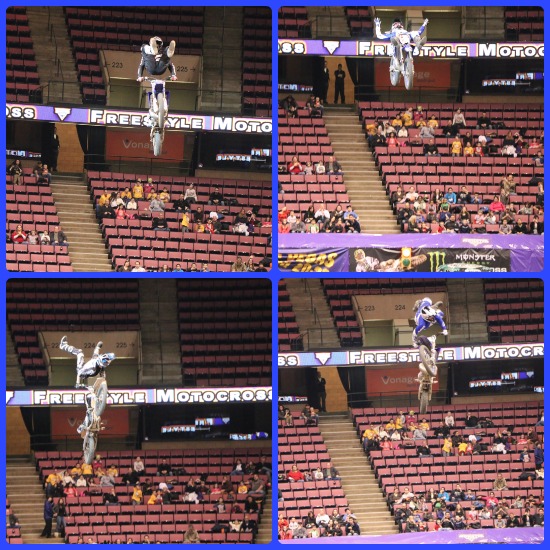 I had never been to the Izod Center in East Rutherford, NJ. The center was the perfect venue for this event. I don’t think there was a bad seat in the house and parking was easy. During the intermission we were entertained my a few surprise performances, one of them featuring the Nuclear Cowboyz. The Nuclear Cowboyz perform amazing stunts on their motocross bikes. I wold love to see one of their shows after this quick performance. My boys were amazed. 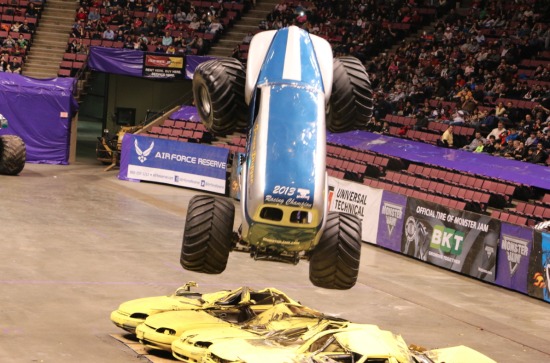 After being snowed in for days this was the perfect escape for my family! You can purchase tickets on-line, at the box office or by phone. For more information and to see the full schedule for the year.

Disclosure: I received tickets to attend last night events. All thoughts and photos are my own.