Disclosure:“I participated in an Influencer Activation on behalf of Mom Central Consulting for the Staten Island Yankees. I received tickets for the game as well as food vouchers to facilitate my review and a promotional item to thank me for my participation.” 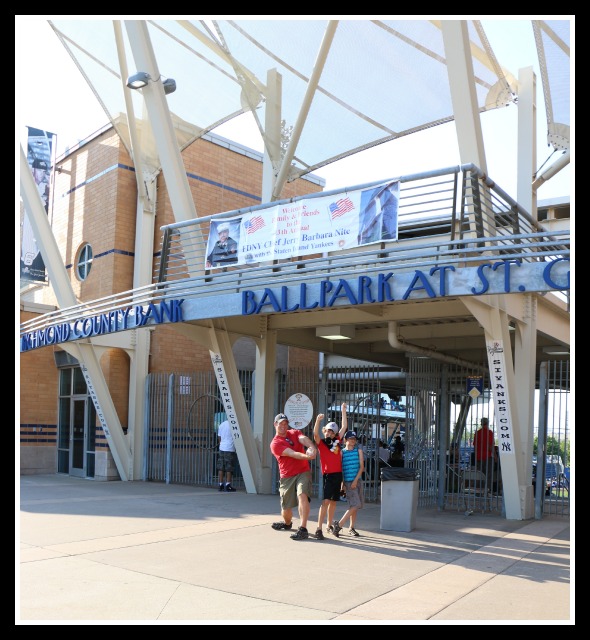 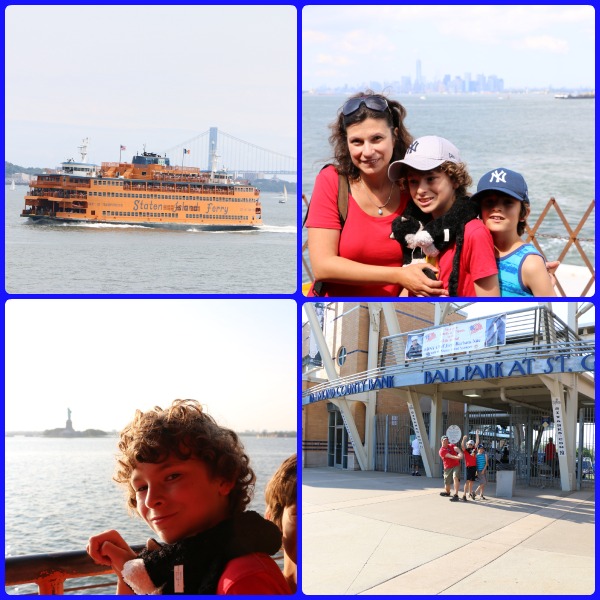 Since we hadn’t been to this ballpark before we didn’t what to expect, but it was just a short walk away. This was perfect for our family. It was convenient and fun. One of the things that I like about minor league baseball is that it is an affordable option for families. The games run all Summer from the beginning of June and end the first week in September. They also offer several theme nights during the season. We attended an Irish Heritage day. The following weekend offered a Disney Pirates and Princess theme. The ferry and train both run to the stadium and makes this an easy trip worth taking with the family. I suggest the ferry!

The stadium was beautiful! The view of the river is amazing. We were able to see several boats during the game. The seating is also comfortable. We had a uncomfortable experience at one minor league game when we had to sit on the bleachers with my son and his broken arm, not here. There was plenty of room, drink holders and individual seats. They had a large variety of food that included an all you can eat buffet, the usual hotdogs, burgers, pretzels and even veggie burgers! I wish I would have walked all around immediately because it wasn’t until after I ate that I discovered the pizza stand also had salads and Lobster mac and cheese! ( Next time I guess!) Although at times the service seemed a bit slow at the stands the staff was always kind and helpful. 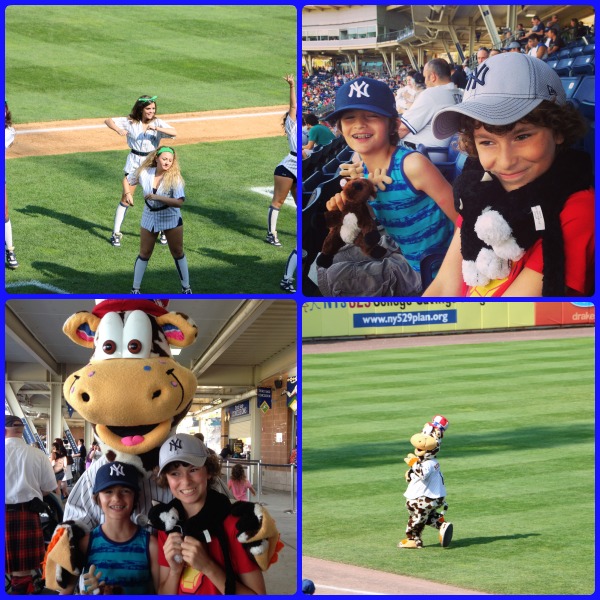 We had a great time and enjoyed the mascot Holy Cow and the entertainment from the pinstripe Patrol! They had special entertainment for fans and kids during the game. Fans had the opportunity to win t-shirts or catch them as they shot out into the crowd. It seemed like everyone was having a good time cheering on the Staten Island Yankees!

Use promo-code: mommy for $12 tickets to a Staten Island Yankees game! Visit: http://atmilb.com/1x4QL1c for game schedules and ticket information.

Get Social with the Staten Island Yankees:

Let me know if you’ve attended a game or plan too!