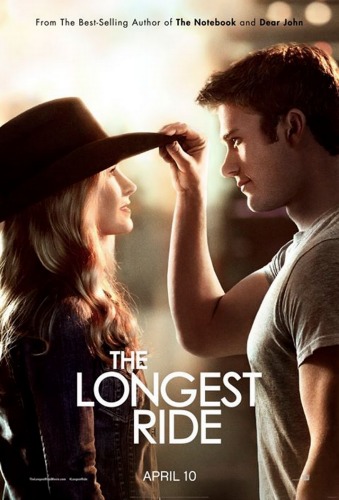 *Last weekend I was invited to a press event by 20th Century Fox. All opinions expressed here are my own.*

I have to confess that I am a huge fan of Nicholas Sparks and his books. I believe the Notebook was probably the first book I cried over and I was unable to put it down. I it finished in 2 days. I love being able to enjoy seeing the books acted out on the big screen. Seeing the Longest Ride was no different, magic on-screen. 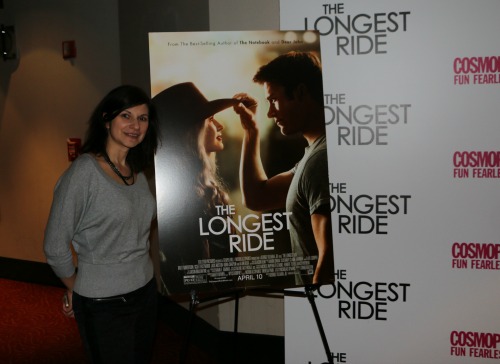 Saturday night my husband and I attended a private screening of The Longest Ride. The theater was packed. After movie, the actors surprised the audience as they took part in an interview live. I could tell that my time with them tomorrow would be a blast. 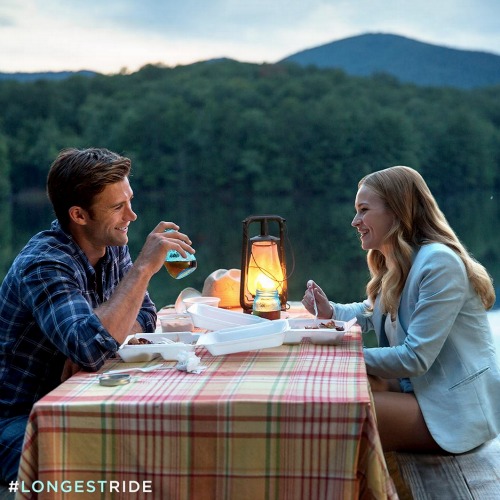 Based on the bestselling novel by master storyteller Nicholas Sparks, THE
LONGEST RIDE centers on the star-crossed love affair between Luke, a former
champion bull rider looking to make a comeback, and Sophia, a college
student who is about to embark upon her dream job in New York City’s art
world.  As conflicting paths and ideals test their relationship, Sophia and
Luke make an unexpected connection with Ira, whose memories of his own
decades-long romance with his beloved wife deeply inspire the young couple.
Spanning generations and two intertwining love stories, THE LONGEST RIDE
explores the challenges and infinite rewards of enduring love.

Here is a Peek at the Trailer:

highlights from my interview: 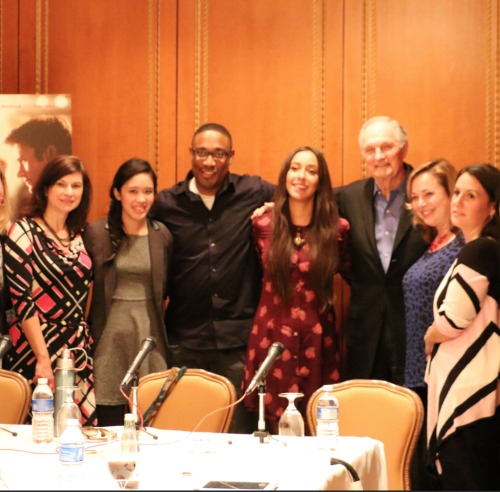 The first group we had a chance to interview included director George Tillman, Jr., Oona Chaplin and Alan Alda. Oona Chaplin (granddaughter to Charlie Chaplin) plays Ruth in this film. She portrays from age 17 till she’s in her forties. It was quite an amazing feet and I feel in love with her character instantly. During the interview, she said that was the good part, being able to learn from other women at various stages in their lives to help her prepare for the part. Alan Alda was a joy. Not only is he funny, but he’s quite the romantic. ( He’s been married for over 60 years!) He had so much knowledge, but thi swas my favorite quote from him during the interview. “Movies always end just when long-term love is about to begin.  And the people have no idea what’s coming.  And the interesting part of the love is the stuff that comes later.  It’s more rewarding.  It’s harder.  And it’s more dangerous.  It’s more exciting.  It’s more uncertain.  So, that made it an interesting movie to me.”

Now here was my question for director George Tillman, Jr.:

Milena Barrett (Be Your Best Mom):  George, how close was your vision to Nicholas’s vision when it came to actually doing the movie?  Were there any conflicts?  Or was there anything you had to sell him on?  Or how closely did you work together to make this work–?

Mr. George Tillman, Jr.:  –I think it was reading the book.  And then when I read the script, I noticed that the structure was slightly different because the book is in chapters and each person’s point of view.

And the structure of the script is based on the meeting at the car accident with Alan’s character.  So, he was always very open.  And I think a lot of that was established with Fox 2000.  It’s like in terms of let’s make the best movie that we can.

We all felt collectively as I started feeling the process when Scott and Britt and Jack and Ira and Oona and Alan, that let’s try to do something.  How can we give the audience what they want, but try to achieve a little bit more?

And from when the script came to me with the concept of having two different periods and being epic in a sense and covering all those decades.  And then you got the art world.  I didn’t know about Black Mountain College till I started doing research on the film.  I thought that was interesting.

And the same point with the bull riding, it just felt like it was offering a little more different from the previous films.  And he was very open for us to really explore where we wanted to explore.  And that made it exciting as a filmmaker, that we could bring our own take to the actual project.  And that’s what we love. 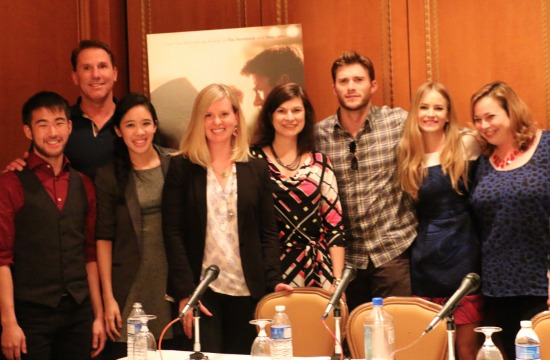 The other round of interviews included author Nicholas Sparks, Britt Robertson & Scott Eastwood ( Yes, Clint Eastwood’s son). Nicholas Sparks had a lot to say about producing this film. He enjoyed working with this cast and crew. He writes every day. Here is my favorite quote from Sparks when asked about this film, “I can’t control what all of you are going to think about it.  And you know what?  It really doesn’t matter to me because I saw the film and I love the film.  And I’m proud of that film.

And in the end, that’s really all I can control.  So, I don’t try to get too caught up in what everyone else thinks or the power of anything else.  I just want to know that when I put my head down at night, I did the best work that I could.”

I love that he said that and I know I try to use that advice in my life. Being in the public spot light is tough, but he seems to have a grip on his life.

My Question for Britt and Scott:

Milena Barrett:  My question is for Britt and for Scott. Both of your characters have a very strong passion in their lives.  What’s your passion?

Ms. Britt Robertson:  I love press tours.  No.  I’m really passionate about what I do.  I’ve been an actor for years, even before I was an adult.  So, I’ve put a lot of time and energy into acting.  And it’s always been what I love to do.  And I hope to do it for a really long time.

And I think similar to Sophia [her character], there are many times in my life since I moved from South Carolina to LA, where I’ve dropped everything just to pursue the career, and that is what passion is about, just pursuing your dreams and doing what you can to fulfill the opportunities that are given to you.

I love outdoors activities.  And that’s sort of my real passion when I’m not acting.  I live in San Diego.  I travel the world either surfing or diving or fishing.  And those are my real passions.  But, I also like making movies too. 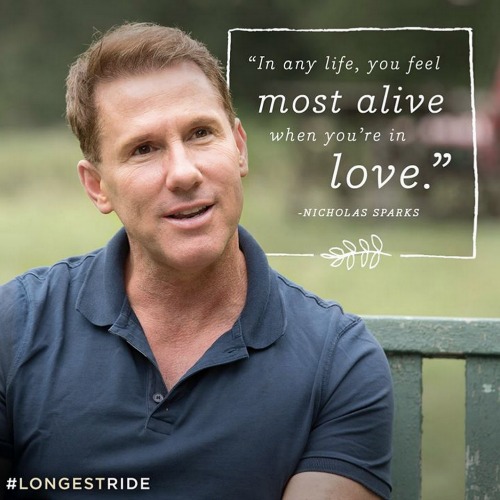 Love requires sacrifice, but it’s worth it! #LongestRide