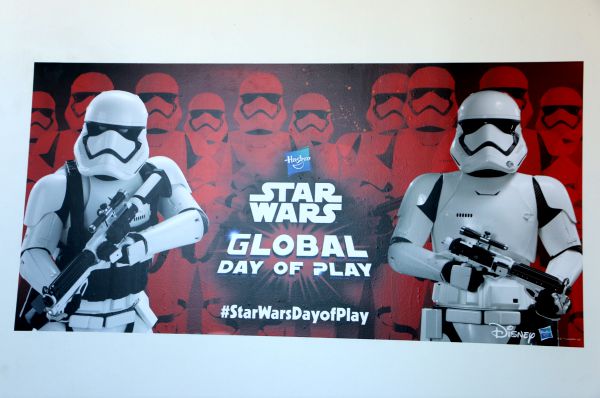 The entertainment world has been in quite the buzz with the latest Star Wars film arriving to theaters in December. I know my family and I can’t wait to see it. Well, last weekend we received a special treat from Hasbro. We had a chance to play and see the latest that Hasbro has to offer in Star Wars toys. Plus we got to meet a few of the characters themselves! 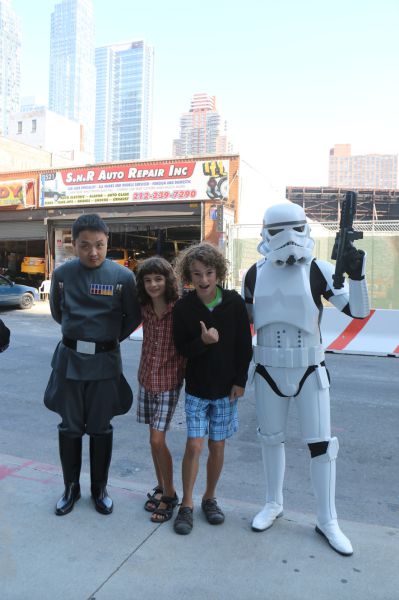 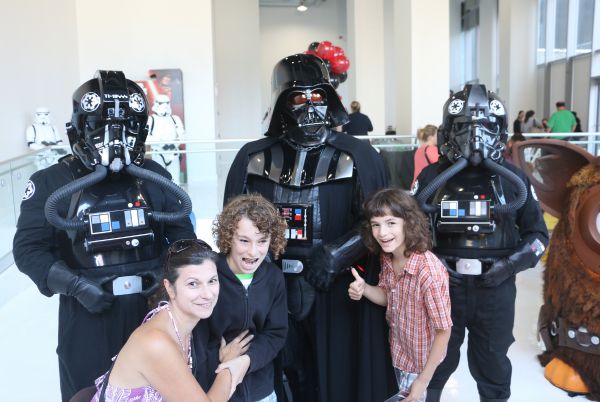 AS soon as we entered the space the boys were handed their own Galactic Passports. The mission being to visit each station and try out the newest Star Wars toys themselves! 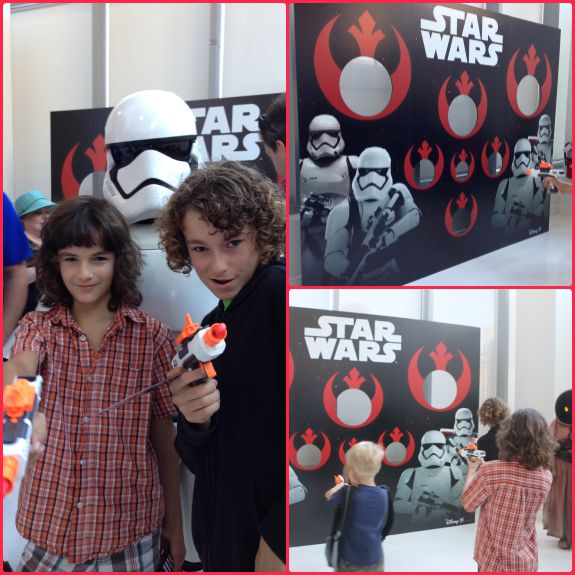 First stop: Star Wars Stormtrooper Blaster Dart NERF Guns! The kids had fun during target practice. NERF guns are always a hit, add Star Wars and you have a winner! 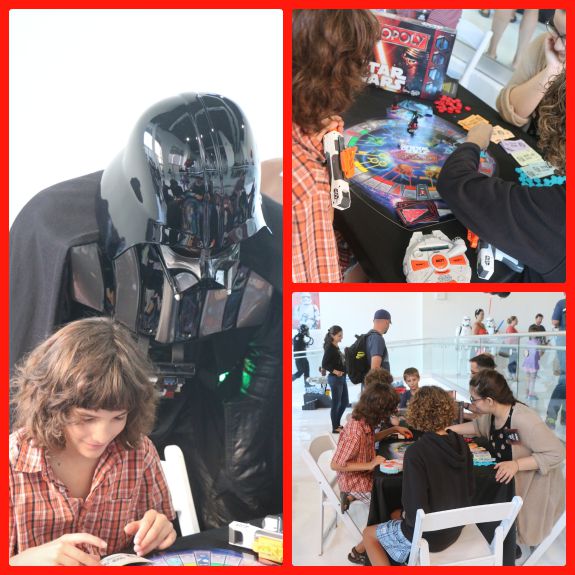 Next we hit the gaming table. Lucky for us one of things we got to take home was a copy of Star Wars Monopoly. You get to buy planets as part of the Empire or Rebel Alliance. The kids loved, but I lost miserably! We’ve played it several times since we came home. Not as long as regular Monopoly so it’s perfect for kids. 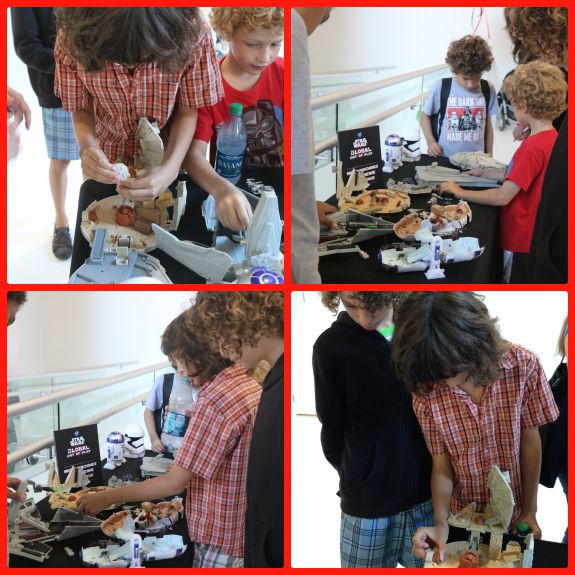 How about a whole new line of Micro Machines? My son tried putting all the correct piece back in each one after the table had been hit with kids. Being a Star Wars fan he knew exactly what ships and characters went with each set up. These are fun for your Star Wars fans! 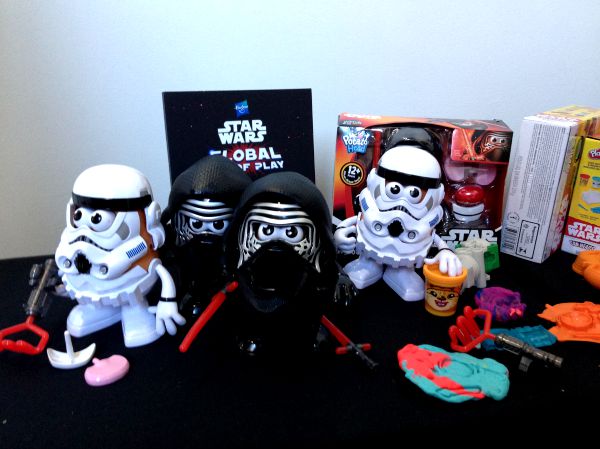 Take a look at these Star Wars Potato Heads! My little ones spent a lot of time playing with Potato Heads when they were younger. You can’t go wrong! 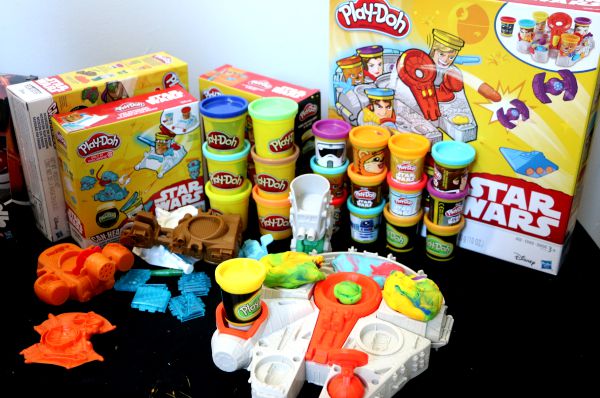 Here is another Hasbro classic- Play-Doh! This station had a lot of little ones (and big ones!) around it. Kids can recreate their own Star Wars adventures over and over again. 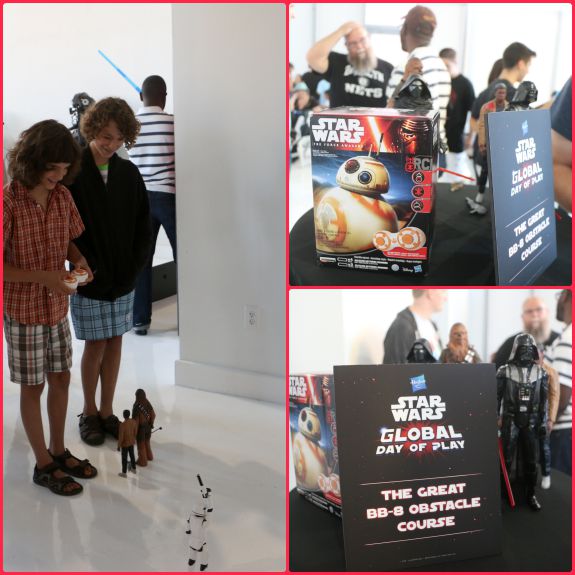 Star Wars The Force Awakens brings us some new characters such as BB-8. The boys used the RC remote to control BB-8 through an obstacle course of Star Wars action figures. Trust me it wasn’t as easy as you would think. Once they mastered the controller things fell into place or should I say, fell over! 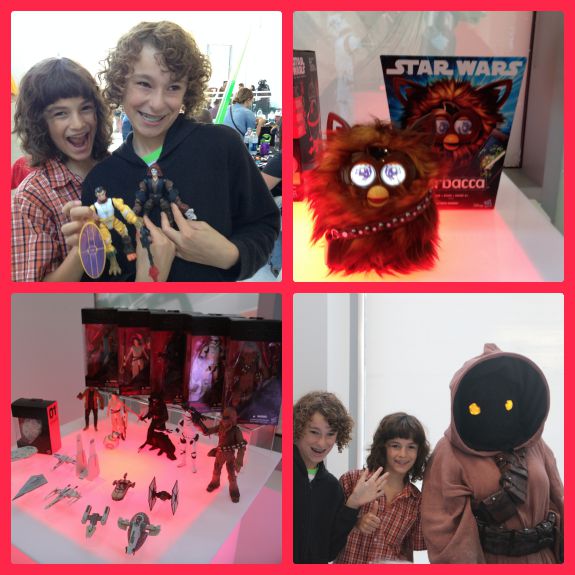 Hero Mashers- Star Wars style is always good for a few laughs as well as building your own Star Wars hero! For serious collectors Hasbro also has a Black Line with top of the line figures and ships. As I said before, Star Wars is something the whole family can enjoy. I know we do! 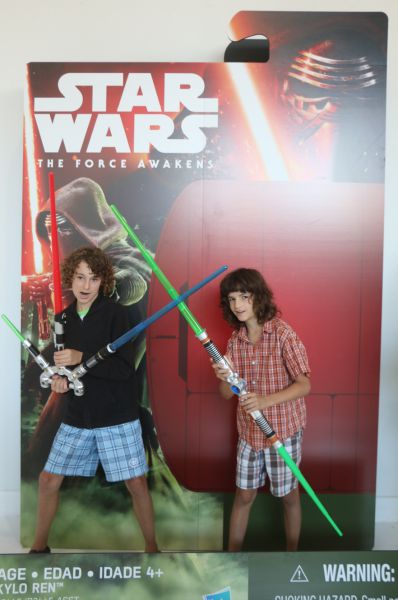 Of course no Star Wars event would be complete without a Lightsaber showdown. Jedi were on hand to train the younglings in the Jedi arts. The newest Star Wars Bladebuilders Lightsabers let you design your own Lightsaber action. We played outdoors battling all night. The light up action made for some fantastic night dueling. 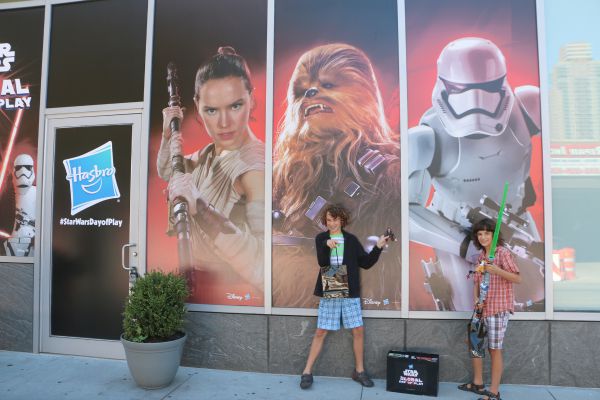 While I was not compensated for this post my family received fun bags filled some of Hasbro’s finest Star Wars toys. My boys cannot wait for December for the Star Wars the Force Awakens to be in theaters! These thoughts are all our own and have not been influenced! We love Hasbro and Star Wars!!!