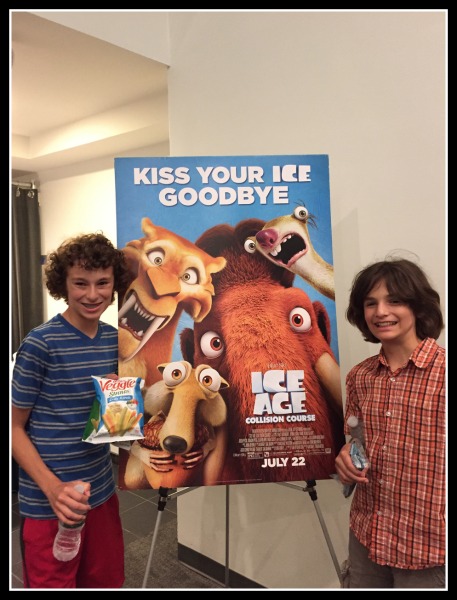 My boys and I were hosted by 20th Century Fox & the American Museum of Natural History to a special screening of the film followed by a Q & A with famed astrophysicist Neil deGrasse Tyson. We had an amazing day as my boys were able to meet their hero. 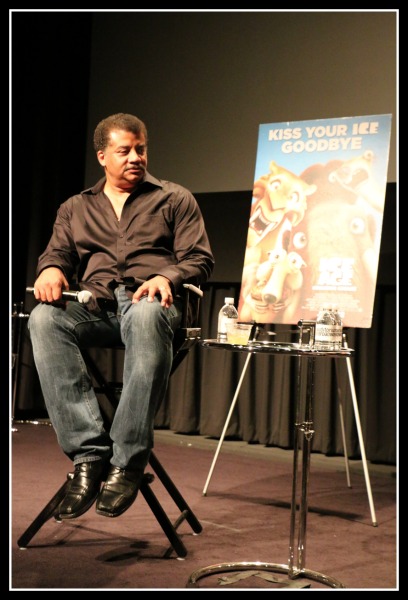 Q & A with Neil deGrasse Tyson:

The interview was being moderated by Lambeth Hochwald from Parade Magazine and her son Zachary Kaplan,who is also, a contributing editor at Parade Magazine They have been covering the film Ice Age for a few weeks. Neil deGrasse lends his voice to Neil deBuck Weasel. A character that has a slight resemblance to Mr. deGrasse Tyson himself! While he is not new to voice over work, deGrasse Tyson only does it when it involves science. He admits it’s a bit harder for him because he’s not an actor. After several questions the mic was being passed around the floor and both of my son’s were able to ask Neil deGrasse Tyson a question. 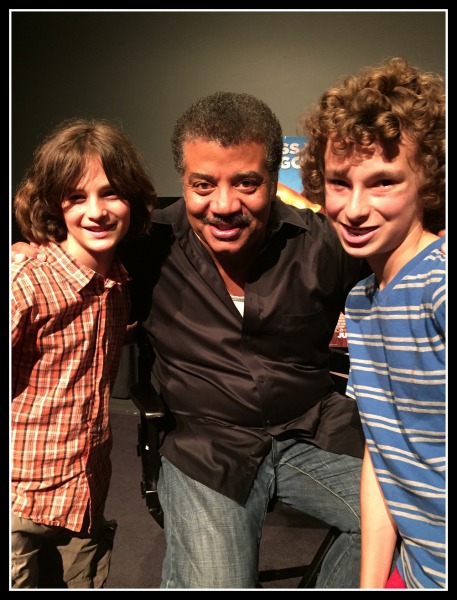 My son Owen asks: Why and when did you become an astrophysicist?

In this video my son Noah asks “Why did you become a scientist and what college did you go to? 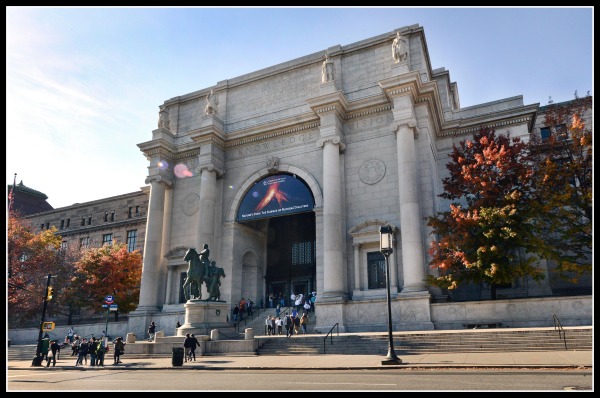 A Day at The American Museum of Natural History:

After the movie, interview and lunch we were shuttled to the American Museum of Natural History for a tour and show at the Hayden Planetarium that inspired Mr. deGrasse Tyson. We had been here before as a family, but having a special tour was fascinating. 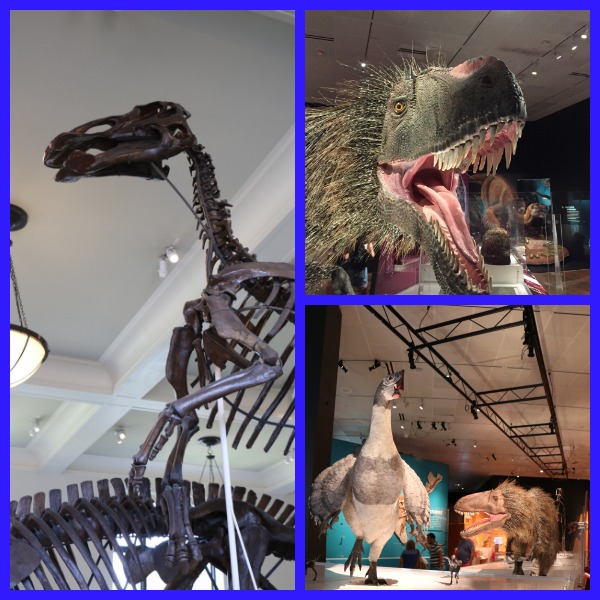 We started with a new exhibition called Dinosaurs Among Us which explores the link between birds, actual living dinosaurs, and their extinct ancestors. My son had recently done a project on this topic so this was a big hit. The exhibit runs until January 2, 2017. 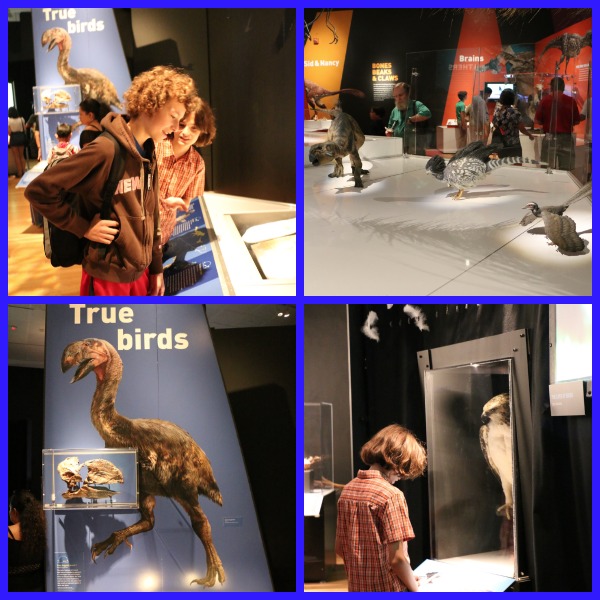 We then caught the show Dark Universe at the Hayden Planetarium. My boys were excited to hear Mr. Neil deGrasse Tyson’s voice take them through the experience. 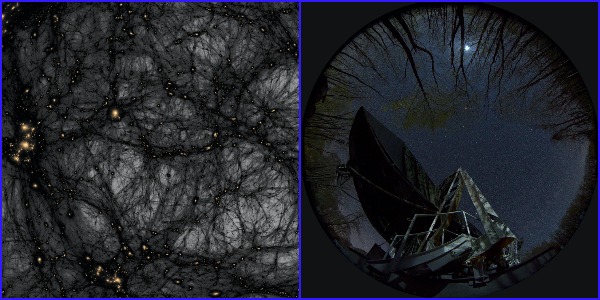 This first image is Dark matter

Dark matter is an invisible material that emits or absorbs no light but betrays its presence by interacting gravitationally with visible matter. This image from Dark Universe shows the distribution of dark matter in the universe, as simulated with a novel, high-resolution algorithm at the Kavli Institute of Particle Astrophysics & Cosmology at Stanford University and SLAC National Accelerator Laboratory. © AMNH

The second image is Bell Horn

Alcatel-Lucent’s Bell Labs in New Jersey is home to the Horn Antenna, the radio telescope that about 50 years ago was used to serendipitously discover the cosmic microwave background that provides direct evidence for the hot, dense state of the early universe. © AMNH 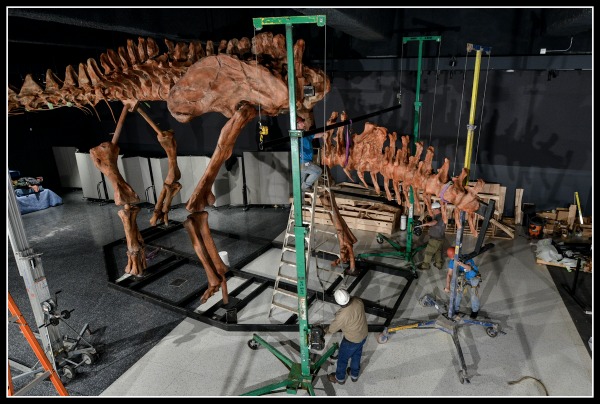 This was just too tremendous for me to get a photo of myself! This is the titanosaur! This titanosaur weighed around 70 tons—as much as 10 African elephants. The 122-foot-long cast is too large to fit into the Miriam and Ira D. Wallach Orientation Center at the Museum. Its 39-foot-long neck extends out towards the elevator banks and its head, which hangs 9.5 feet above the floor, peeks out of the gallery to welcome visitors to the fossil floor. With its neck up, this titanosaur is tall enough to peek into a five-story building. Discovered in 2014 in Argentine Patagonia, this dinosaur is so new that it has not even been formally named by the scientists who discovered it, from Argentina’s Museo Paleontológico Egidio Feruglio (MEF).

You’ll have to go and see it for yourself! So, if you haven’t been to The American Museum of Natural History or if you haven’t visited this past year add this to your list! This will surely get your kids excited about science!

Get the kids loving science by taking them to see Ice Age: Collision Course:

Get your tickets to see Ice Age: Collision Course in 3D, in theaters now. http://fox.co/IceAgeTickets

Disclosure: Once again my boys and I were hosted by 20th Century Fox & the American Museum of Natural History (museum portion of event). all thoughts belong to me and my family!