Eight is Great: My Daughters Are Far Apart In Age, and I Love It 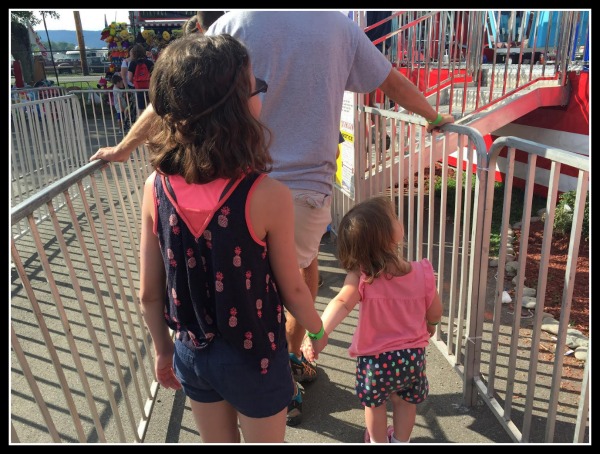 My girls at the county fair last summer

After the birth of a first child, the question of how close in age do we want our kids to be? inevitably pops up if a second child is desired. After the birth of our first daughter, I began to notice the importance that many folks placed on having kids “close together,” which led me to start planning my own sibling timeline as well, since I knew I wanted at least two kids. I decided with my husband Mike that a three-year age gap would be best, because the children would be close in age, but we would most likely not have two little ones in diapers. My mind was made up, and with that, the countdown to baby number 2 was off and running.

In the minds of many, today’s ideal familial structure consists of 2 parents and 2 children. Typically the desire is for the boy to arrive first, followed by the girl. A 2-3 year age gap between kids also seems to be quite popular these days, so that the kids “grow up together” and “stay close as adults.” From my experience, it is also apparent that these ‘ideal’ families seem to get the least amount of intrusive questioning from “well-meaning” friends, relatives, and strangers.

“Are you going to try for a girl/a boy? Mom/Dad needs a daughter/a son.”
(Heard this one when my second daughter was 5 days old. Not joking.)

Scenario: A couple has one child, either gender.
“Aren’t you going to have another one? She/he needs a sibling.”
(Heard this one too, for about 8 years)

“Was the second one planned?”

Scenario: A couple has twins:

Scenario: A couple has three or more kids.

“You’re not going to have any more, are you?”

Do they have the same father?

(another doozy that yes, I’ve heard!)

In October 2005, our first daughter was conceived. It took one month of trying for me to fall pregnant. We were shocked, thrilled, and pretty damn proud of ourselves too. Since I became pregnant so quickly, Mike and I figured that conceiving a second baby would be just as easy. As I said before, my ‘ideal’ family consisted of a least two kids with a three-year age gap between them. Three years was my limit, as a gap of 4+ years brought on fears I had ‘heard’ about numerous times, such as:

“If they are more than 3 years apart, they will never be close!”

“You won’t want to go back to the “diaper days” once your oldest is 5!”

However, as we began trying to conceive again, Mike and I found out the hard truth that becoming pregnant easily once does NOT mean that a second conception will also be a piece of cake. After the birth of our oldest daughter in 2006, we started trying for baby number 2 around 2008-2009.

After a five-year battle with unexplained secondary infertility. 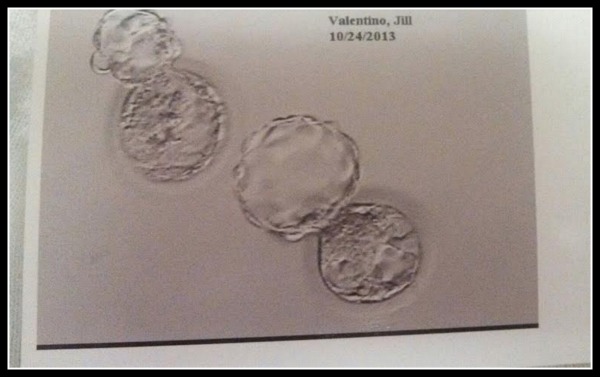 My two daughters are exactly 8 years, 1 week apart. Not exactly the spread I originally had in mind! However, since becoming a mom of two, I have learned to love the fact that my girls are so far apart in age. Why, you ask? Here are 8 reasons (though I can think of many more):

1. 8 years of having one child led to both my husband and me bonding very closely with my oldest. S10* (my oldest) still remembers much of her time as our one and only, and her ‘only child years’ are special memories that I hope she will always hold dear. I know I do.

2. What sibling rivalry? S10 and S2* (my youngest) don’t bicker like siblings of similar age. There is really nothing to fight over! S10 knows that if S2 steals her stuffed animal and refuses to give it back, it will eventually return to S10 after S2 goes to bed. Therefore, S10 lets her sister think it belongs to her for a little while, and all remains well. Big differences in maturity lead to ease in conflict.

3. No jealousy/regression from my oldest when my youngest came home from the hospital. Yes, S10 was a bit sad seeing all of the attention S2 was receiving from me, however she was also capable of understanding why the attention was necessary. S10 also has a much later bedtime than S2, so I have been able to carve out some special time for just her and me where she receives all of my undivided, baby-less focus. Oh, and upon S2’s birth, S10 had zero potty-training or pacifier regression. Thank Heavens.

4. They play together nicely. S2 looks up to S10, and is interested in all of S10’s toys, games, and DVDs. Most of the time, S10 is ok with S2 bossing her around as well, because S10 understands that is what toddlers do. It’s a win-win whenever S10 is willing to play with her sister, which she does try to do for at least a little while each day.

5. My oldest is independent. If S2 needs to be put down for nap (which sometimes takes me a while) and S10 is hungry, S10 has the ability to go to the kitchen and make something to eat by herself. I don’t have to balance having either one child hungry or one child tired for the sake of appeasing the other.

6. I can go to the bathroom alone. Though my 10-year-old is too young to be left parent-less in the house with her sister just yet, if I have to use the bathroom, take a shower, get the mail, etc., I can ask S10 to keep an eye on S2 and have confidence that the house will still be standing when I return.

7. I’ve got tons of Mom Confidence. I had already been a mom for 8 years when S2 came along, and seeing how S10 was turning out I knew that I could mother and mother well. Thus I was more relaxed with S2, and truly give zero Fs about mom guilt or the sanctimonious judgments of others. I gotta say, not caring about the opinions of others regarding my parenting feels absolutely glorious this time around. 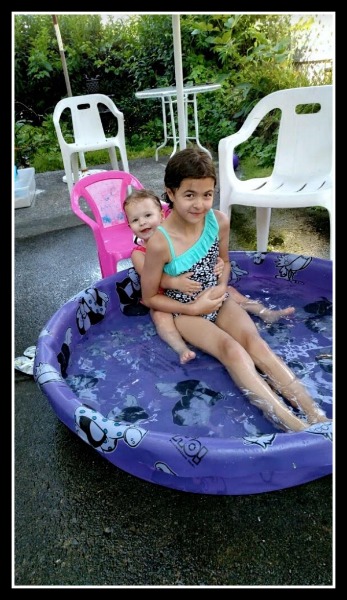 Sometimes, things don’t go as planned, yet turn out perfectly anyway. Who knew? I’m truly grateful to these two ladies for teaching me such a valuable lesson. 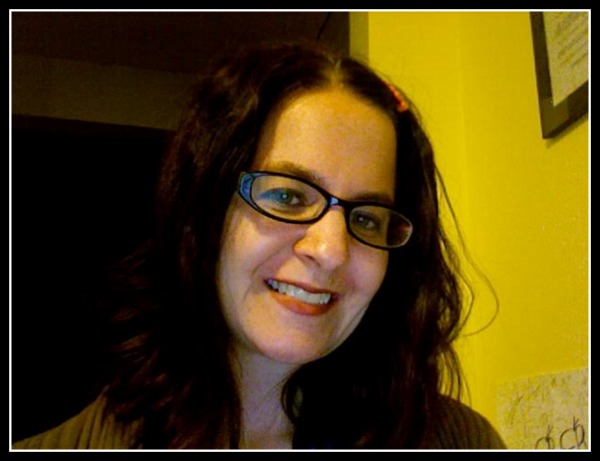