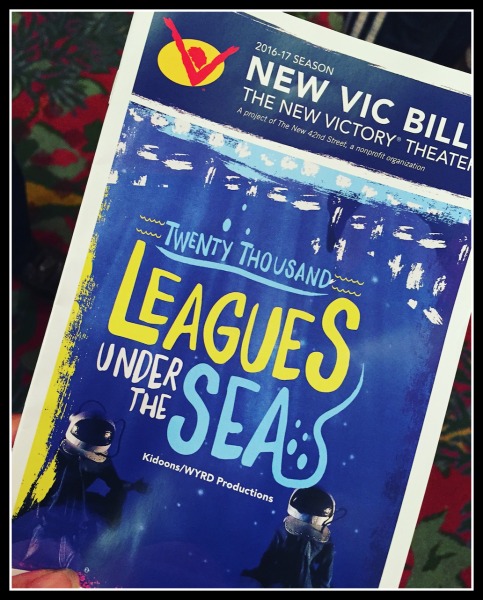 New York City is the place to be for live theater! As a mom I especially love programming that attracts young children to the theater, and that’s why I love the programs at the New Victory Theater. Friday night my family and I attended the New Victory and watched Twenty Thousand Leagues Under the Sea, a Kidoons/WYRD production. To say it was amazing doesn’t even begin to give this production the credit it deserves, I should add inspiring, creative, mysterious, thought-provoking, and lots of fun for all. 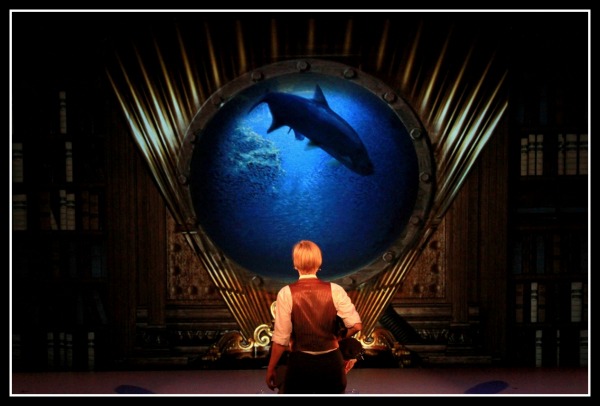 About Twenty Thousand Leagues Under the Sea:

This modern reinvention of the science fiction classic, the source of countless film, comic book and graphic novel adaptations, now comes to brilliant life in this stunning, all-new theatrical production. The story follows Jules, a 36-year-old doctoral student, whose favorite novel happens to be Twenty Thousand Leagues Under the Sea, writing a thesis on the dark future that awaits the earth’s oceans and mankind. When Jules begins to sink into the depths of despair, he finds himself transported into the heart of his favorite story in search of a dangerous sea creature, alongside Professor Aronnax and Ned Land. See what mysteries await when Jules—now at the helm of the story’s narrative—and his shipmates are taken captive aboard the Nautilus, and drawn deeper and deeper into the nefarious Captain Nemo’s world. 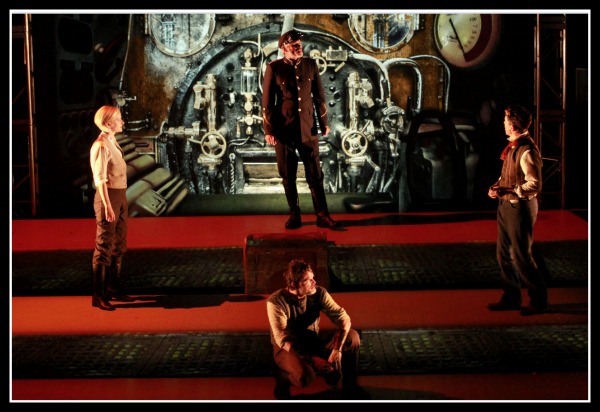 This was all so unexpected! The trailer doesn’t do the theatrical effects justice. Let me start there. The visuals are amazing and keeps your eyes glued to the stage. You truly feel as if you are either in the water or on board the Nautilus. We loved the modern tie in of using a phone to film in the show. I felt that it helped engage the younger audience members by combining the new technology with the story. Now my boys not only wanted to read the book itself, but use some of the techniques they witnessed for their own filming. This is what theater is about! Theater is like the show itself, it’s about adapting and being in a constant state of motion and evolving! Four of us saw the show and we each took away a different message and we discussed our thoughts this morning in great detail. Now, that’s a theater experience I love! 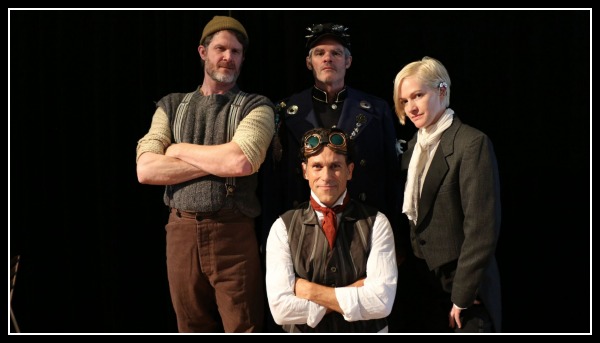 The acting was superb. When you have a show that only has four actors they need to own that stage and their characters, which they all did. It was no surprise to find out that Rick Miller not only acts in the show, but co-wrote it and directed it! His passion is evident and infectious! Craig Francis ( co-writer) and Rick Miller have created a wonderful piece of work here and I loved seeing it at the New Victory Theater! It’s a must see for ages 8 and up! You will not be disappointed! 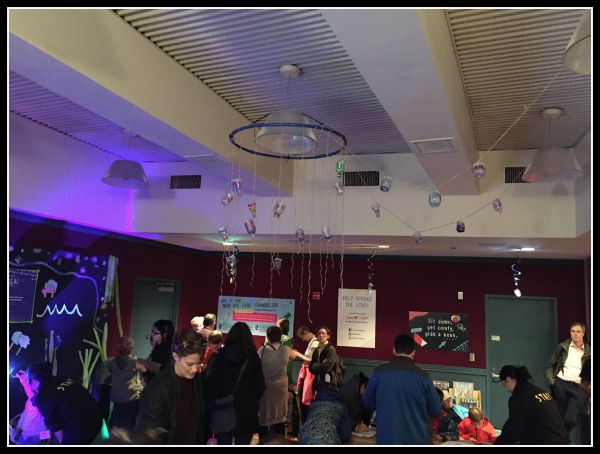 About The New Victory Theater:

A fun fact about the New Victory is that they offer activities for the kids and families with every show. I believe this is a wonderful way to connect young children with the theater. It becomes more than just sitting and watching other perform. They can be a part of it in many ways. The New Victory Theater is affordable and the staff is family friendly. This is part of why I keep coming back. The other is the amazing programs they bring to 42nd Street right here in New York! In addition to its public performances, the New Victory is also the largest provider of live performance to NYC school kids, serving 40,000 students in grades PreK-12 from more than 200 schools, after school programs and day camps 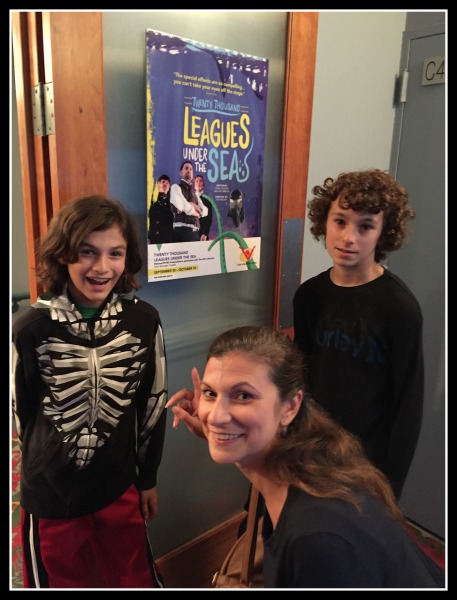 This action-packed adaptation of Jules Verne’s TWENTY THOUSAND LEAGUES UNDER THE SEA will be at The New Victory Theater September 30 – October 10, 2016.

TWENTY THOUSAND LEAGUES UNDER THE SEA has a running time of 1 hour and 45 minutes,

including one intermission, and is recommended for everyone ages 8 and up.

tickets starting at $16. Tickets are available online (NewVictory.org) and by telephone

through Saturday from 12pm-7pm. Beginning September 6, the Box Office will also be open

Sunday and Monday from 11am-5pm.

Disclosure: I was given press passes for this performance. All thoughts belong to me and have not been influenced.