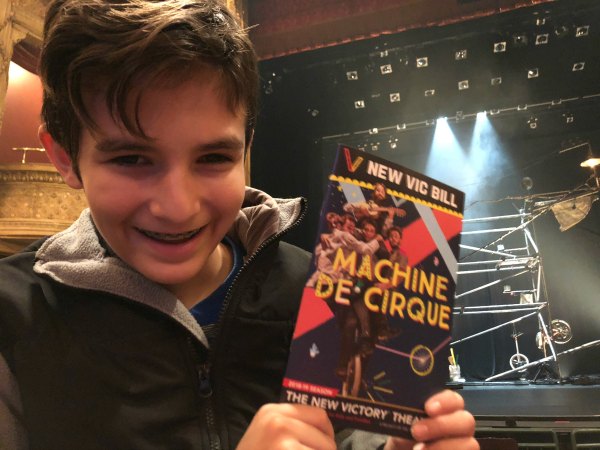 My son and I had the pleasure of attending a performance of Machine De Cirque on Sunday as press. Be Your Best Mom has been covering performances at the New Victory Theater in New York City for quite some time now and we have yet to be disappointed. This performance is absolutely jump out of your seat spectacular!

The five circus artists of Machine de Cirque are making mayhem come alive on the New Victory stage this autumn. Swinging by their toes high above the stage, bicycling upside-down and backwards, this group of awe-inspiring acrobats includes the Guinness World Record-holding duo for the most consecutive backflips on a teeterboard! The gravity-defying cast also features alumni of Cirque du Soleil, Cirque Eloize and 7 Fingers (Les 7 Doigts de la Main). These recipients of the Trophée Charlie-Chaplin at the Festival International de Cirque Vaudreuil-Dorion dazzle with stunning feats and endless comedic madness.

Founded in 2013 by circus performer and engineer Vincent Dubé (2017 recipient of the Prix du Rayonnement International, awarded by the Conseil de la Culture des régions de Québec et de Chaudière-Appalaches), Machine de Cirque is both the name of the show and the name of the nonprofit organization whose mission is to bring together various artists from the seemingly disparate worlds of art and technology to create original circus show productions. The Québec City company also encourages exchange and collaboration with other regional cultural organizations to promote home-grown talent and develop local and regional expertise. 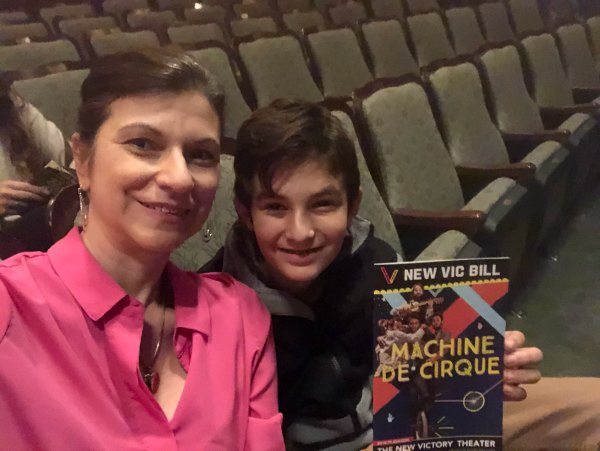 Our Thoughts:
The show runs for 60 minutes and that time will literally fly through the air with the performers! It is none stop amazing feats of strength, balance, and comedy with an artful touch. Without many words the story line is revealed through music and movement that it keeps the audience engaged the entire time. My son and I both commented that with the large amount of children in the theater it was astonishingly quiet at times. ( The show is recommended for 8 and up. I saw plenty that were much younger in attendance.) Yes, that’s a sign that even the littles couldn’t keep their eyes off the stage. I don’t know how anyone could! The beauty of watching a performance such as this in the New Victory Theater is the size of the space. It doesn’t matter where you are sitting. The proximity to such acrobatics is rare and you won’t get that from a huge space. Plus the New Victory Theater is right on 42nd street! This is a wonderful way to introduce children to the arts. This show will have your kids ready to run out and try something new. 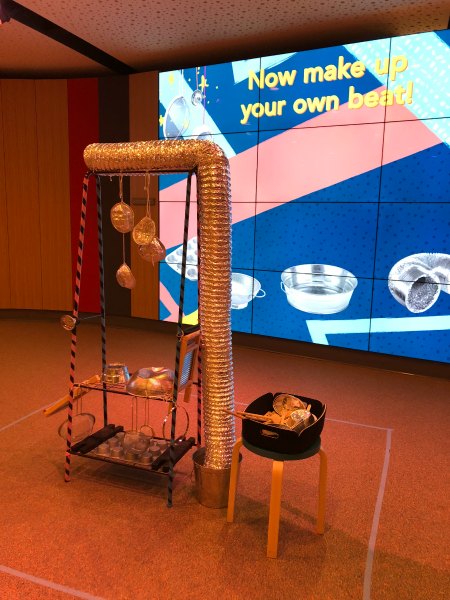 As usual, the New Victory Theater has activities related to the show downstairs. This interactive experience adds another dimension to the show they will be watching. It also keeps them busy will waiting for the doors to open. 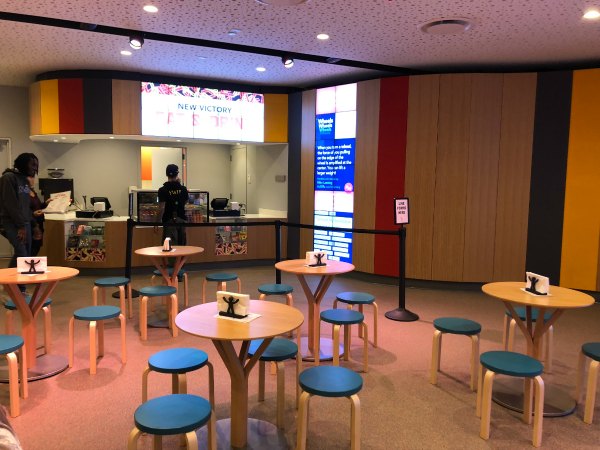 The theater also has a wonderful seating area where you can grab drinks and snacks will waiting for the show or during intermission. (This show has no intermission.)

Machine de Cirque? has a running time of 60 minutes with no intermission, and is
recommended for ages 8 and up.

To purchase tickets in person, the New Victory box office is located at 209 West 42nd Street
(between 7th / 8th Avenues). Box office hours are Sunday & Monday from 11am-5pm and
Tuesday through Saturday from 12pm-7pm.

Disclosure: I received press tickets to this performance. All thoughts belong to me and my son and have not been influenced.