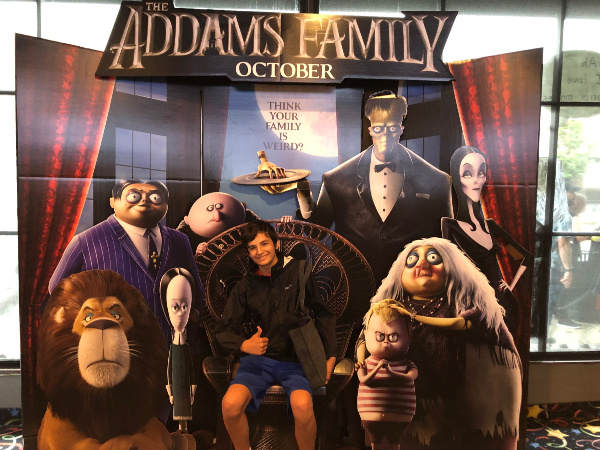 Your favorite family is back! #MeetTheAddams in theaters

My family and I had the opportunity to take part in a Charles Addams Experience right here in New Jersey! As a long time fan of the Addams, I never knew that the roots of this creepy and Kooky family were so close to my home. Just about 45 minutes from Manhattan in Westfield, New Jersey is the home of Addams Family creator Charles Addams. Last year, Westfield hosted its first Addamsfest to celebrate the creator and the town he called home. 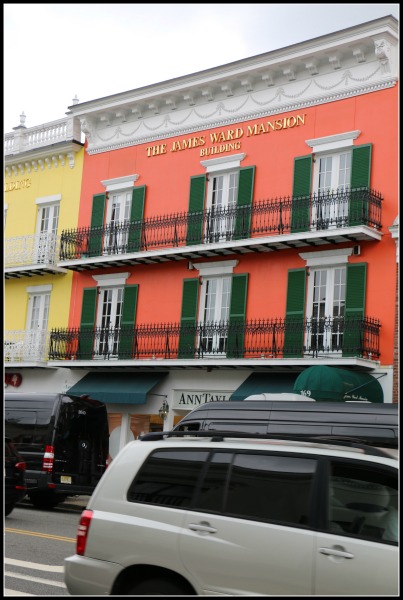 We started our tour at The James Ward Mansion. The James Ward Mansion has been called “The Best Kept Secret” in Union County. I couldn’t believe my eyes once we ascended up the staircase. Gold gilded architectural details, fireplaces, spiral staircases, a fountain and 24 foot ceilings grace the inside of this mansion. James Ward designed this place and lived here for 3 years before opening it up for catered events. 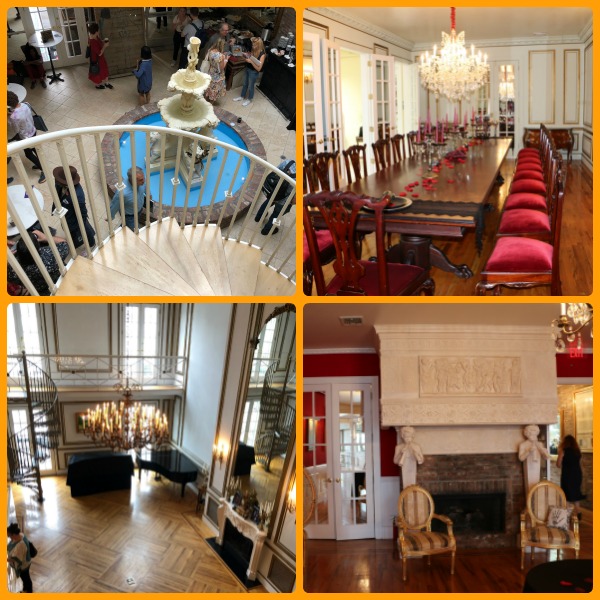 Here we met Councilwoman Dawn Mackey and thus our journey into the history of Westfield and Charles Addams began. To say that the people of Westfield are proud of their connection to the cartoonist is an understatement. We had some coffee and light snacks from Farinolio, a local establishment before we headed out. Delicious! 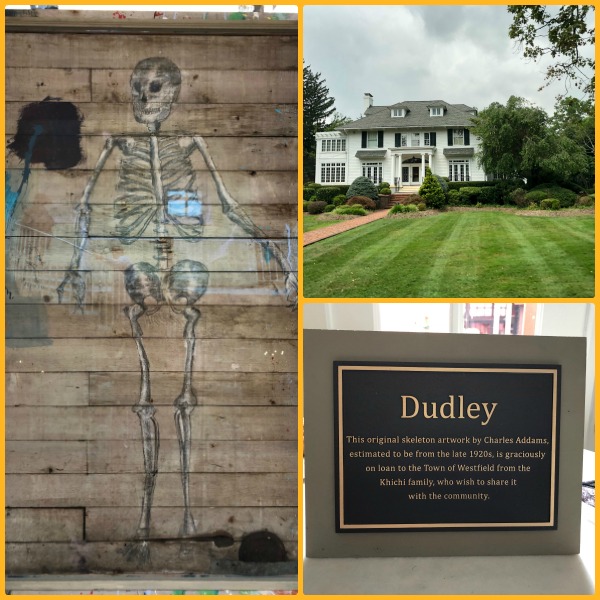 While at the James Ward Mansion we met Dudley! Dudley is an original piece of artwork by Charles Addams. They believe it was from the late 1920’s. It was found on the second floor of a barn attached to the house pictured above. Charles Addams cut through this property on his way to school. He even ran into some trouble with the local police for this “graffiti” The life-sized skeleton has been donated by the current homeowners Jennifer and Samuel Khichi on a long-term basis to the town. Dudley, named after the street he was found on, was first revealed at last year AddamsFest.

Our next stop was the Rialto theater. Charles Addams himself spent many a weekend at this very theater. The theater was decorated with an Addams window splash advertising it’s upcoming release. We were shown the trailer and some snippets of the film, then a video of last years Addamsfest. 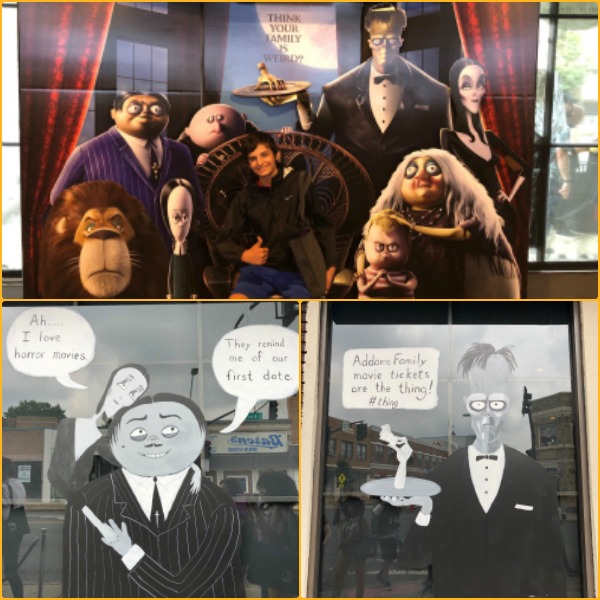 After that, we headed to the Roig Collection Art & Framing Gallery for Addams Family inspired sketches with Ricardo Roig. Roig also has a gallery in Hoboken New Jersey. As he sketched, I sipped some champagne while his wife Michelle described the process that Ricardo uses to create his art. It truly is amazing and creative. He was able to bang out some quick sketches for us, while his true work takes time. 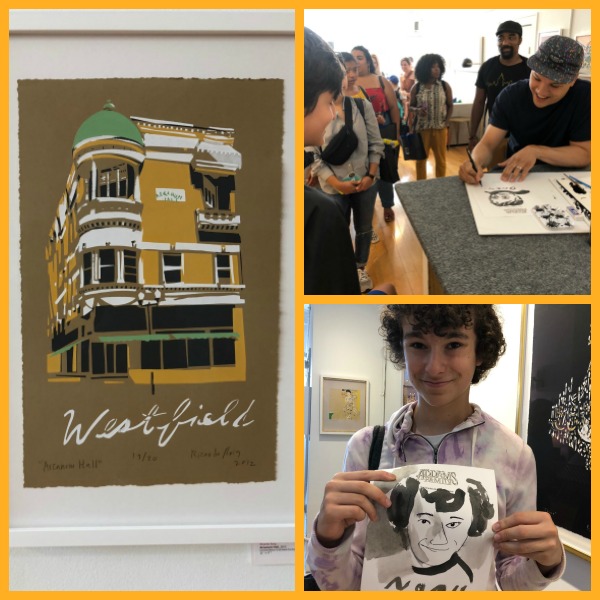 We hopped back in our van and headed out for the rest of our tour of Westfield. Ron MacCloskey, Charles Addams expert and founder of the Charles Addams Art Scholarship, was our guide. He grew up in Westfield and at one time, he lived on the same street that Charles Addams once called home. He is a big fan of drawing and monsters! Who else would take us on this tour? Ron was also instrumental in creating Westfield’s first Addamsfest. 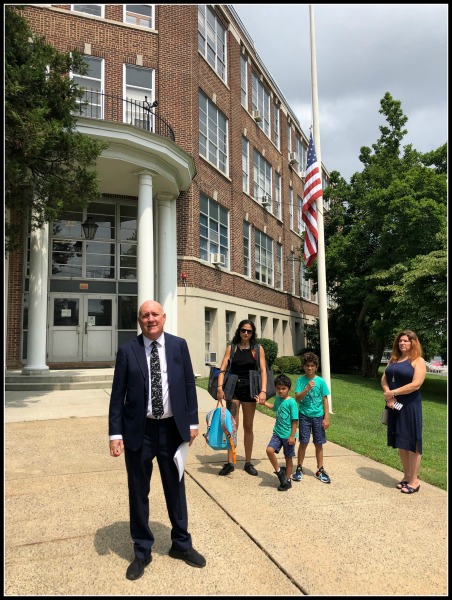 Tour stops included: The Burial Grounds of the Presbyterian Church, Charles Addams High School, which is now the Westfield Board of Education, Charles Addams Childhood home, which is a registered historic landmark, and The home that inspired the Addams Family. 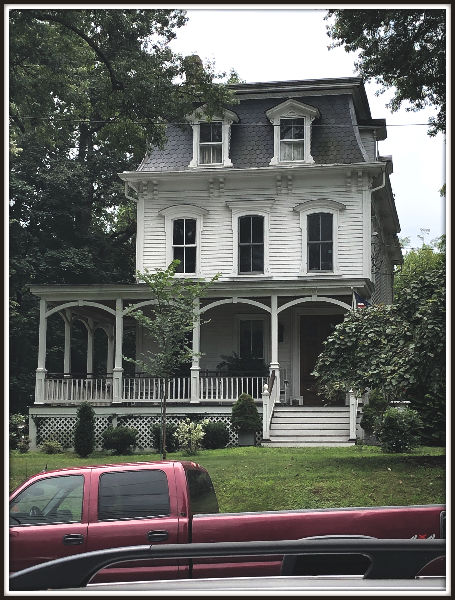 There are other homes in the area, such as this one, that claim to also be the home that inspired it all. It is believed that this is the actual home because Charles would walk by this house everyday on the way to school. It is also on the same street as his home. 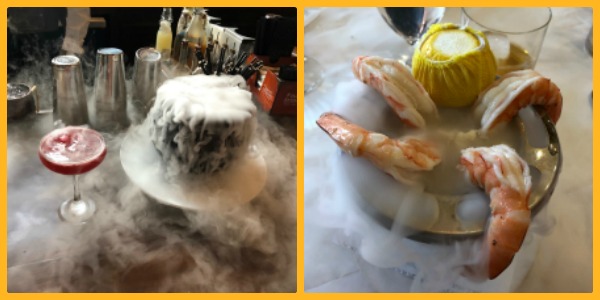 Finally, we ended our tour at The Addams Tavern. A special drink and lunch menu were set up for us to enjoy. Paintings on the wall of the Charles Addams and the home, graced the walls. The drinks and food were a hit, as well as the atmosphere. I was surprised at the size of this place. It was much larger inside than it seemed from the front. A must to stop at when in Westfield! 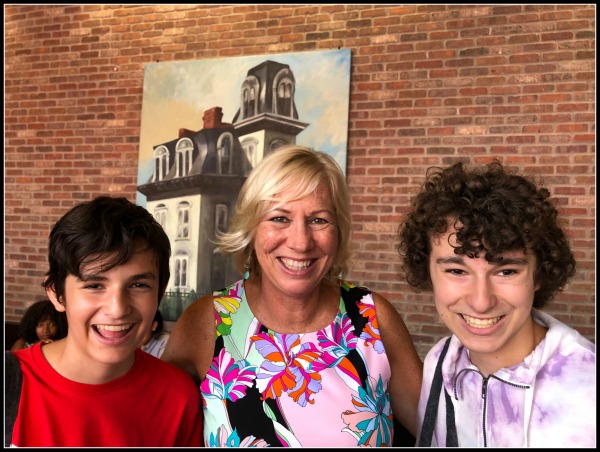 The Mayor of Westfield, New Jersey Shirley Brindle came out to meet us and talk about her beloved town and Addamsfest. Leaving Westfield, I took with me the wonder of a town so close to the city, but still able to maintain a small town feel. Westfield has so much to offer. I cannot wait to return for Addamsfest this October! Be sure to follow Addamsfest on social media for the latest updates on this event. There is something for everyone!

Also don’t forget to checkout the Addams Family in theaters this October 11, 2019!

Synopsis:
Get ready to snap your fingers! The first family of Halloween, the Addams Family, is back on the big screen in the first animated comedy about the kookiest family on the block. Funny, outlandish, and completely iconic, the Addams Family redefines what it means to be a good neighbor.
Starring
Oscar Isaac, Charlize Theron, Chloe Grace Moretz, Finn Wolfhard, Nick Kroll with Bette Midler and Allison Janney
Directed By
Conrad Vernon and Greg Tiernan
Produced By
Andrew Mittman, Gail Berman, Alex Schwartz

Disclosure: Although I was hosted at this event, all thoughts belong to me and have not been influenced. I have been a big fan of the Addams Family since I was a kid!