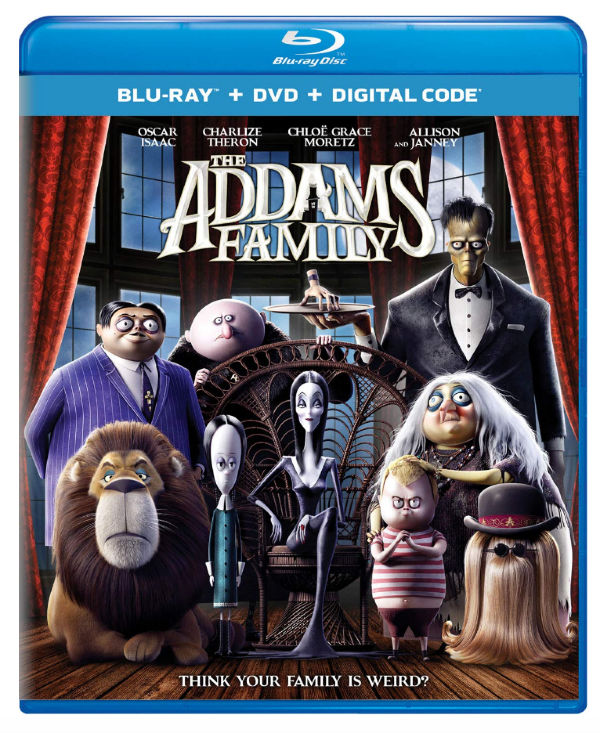 I have been a fan of the Addams Family since I can remember. My first introduction was the television show and later I discovered the original cartoons the show was based upon. These characters by Charles Addams were cherished throughout my life. The fact that an original movie was going to be coming to theaters was thrilling and now it’s available to own! Lucky for me that I was able to catch a sneak peek and visit the town of Westfield, New Jersey were Charles Addams grew up. This made my experience of the Addams legacy even more exciting. 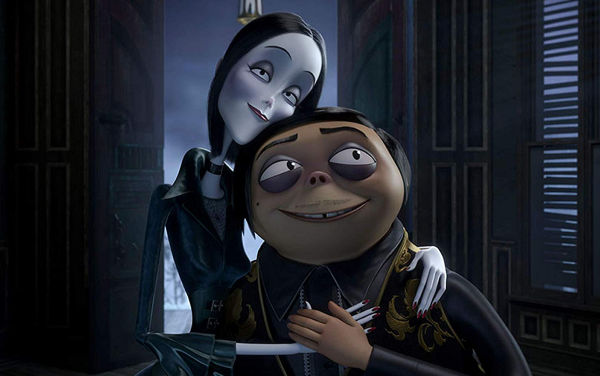 The very first full-length animated film about the eccentric and unconventional family,
THE ADDAMS FAMILY on Blu-ray™?, DVD and Digital showcase the wonderfully weird world of the Addams family with a variety of exclusive bonus features not seen in theaters including deleted and extended scenes, an interactive charades game with Thing, behind-the-scenes footage, music lyric videos and more! Filled with wildly funny moments and a fresh take on the beloved characters created by Charles Addams, THE ADDAMS FAMILY celebrates the uniqueness of every family and delivers spooky fun all year long.

Well, I’d say it’s a fun one for the kids, but lacking some of the true kookiness of the Addams. This was my teens first introduction to the Addams Family. One of them got the humor, but the other did not. They both seemed to enjoy the film, but weren’t blown away by it.  I however, do enjoy how the movie characters mirror the original cartoon by Charles Addams more than their made for television versions. The extras included in the Blu-ray, DVD, and Digital packages are fun and enjoyable. It’s worth the watch.