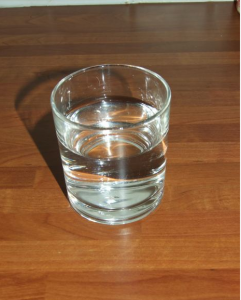 Hopefully, you’ve been following my Project Me updates and keeping track of how I’m doing with goals for the new year. Since I have gotten sick it kind of set me back a bit, but that is just part of life. It has been about a month now since I have exercised, but I have still managed to lose 3 more pounds. Here is the scoop: I want to exercise. I will start to exercise again hopefully by the end of this week. I had to stop because the bronchitis was so bad that even though I’m better now I am still using the inhaler. It can at times still be difficult to breathe. I’m not beating myself up about it, but treating my body kindly.

Now here is the weightloss part: No, it’s not because I was sick and only ate soup for about two weeks. The entire time I was sick I did not lose a pound. I did find that upsetting because I honestly thought that eating so little I would lose some weight. Now not only was I sick, but I actually gained some weight back. I’m guessing that lying down alot and not eating properly has something to do with that fact. I began losing weight and I might say quite quickly once I felt better and began drinking lots of water and eating breakfast. This shouldn’t be breaking news to anyone, as I’ve heard this before but it actually happened without me trying.

I’m a good eater in general. I cook healthy and try to eat that way most of the time. I don’t drink soda or fruit juices, but I do drink alcohol. I’ve come to discover that perhaps my biggest problem is that I’m not drinking enough water. After being sick I felt thristy all the time so I began keeping track of how much water I drink. I’ve been getting at least 6 glasses a day or more. Before I would probably only have maybe 3, if I was lucky. Now I start my day with at least one full glass of water before my coffee, I have 2 with breakfast and two with lunch. The only downfall to my water drinking is that I constantly have to use the bathroom. It is worth it.

The other change I have made is being sure that I do get a good breakfast in me. Good does not mean big! It means 1 egg scrambled with a cup of spinach and a few almonds sliced on top. It’s packed with protein and calcium and fills me up. Just these two little changes that haven’t caused any great difficulty in my life have allowed me to lose 3 pounds in one week. I think I might be able to meet my goals once I begin to exercise again. Who knew? I should have listened to my doctor. When I asked her what I could do to lose a few pounds she said, “Drink a shitload of water!” I wish I would have listened. It just sounded way too simple.